Diana Apcar was one of the world’s first woman diplomats.

They say that it’s a man’s world. Well, that’s been changing for many parts of the world over the past few decades now. Certainly many worlds themselves – the world of sports, the world of business, the world of science – have begun to see their fair share of fair gender representation.

If there is one world that encompasses the world itself, that has to be the world of diplomacy. And, indeed, politics and international affairs had female names few and far between before the 1950s. Armenia was something of a pioneer, it can be said, because the short-lived Republic of Armenia of 1918 was in fact represented in Japan by a woman.

Diana Apcar came from Persian-Indian-Armenian lineage, among those Armenian merchants plying the routes from East to West since the 17th century. She was a child of the Agabeg family, born in Rangoon, Burma (Yangon, Myanmar) in 1859, educated in Calcutta, and marrying into the likewise Persian-Indian-Armenian Apcar family in 1889 in Hong Kong. Apcar and Co. was established in Bombay in 1819, and had grown to encompass all sorts of interests in trade, manufacture, and agriculture in India, South-East Asia, all the way up to Japan, which is where Diana and her husband Apcar Michael Apcar settled in 1891. Being widowed in 1906, Diana Apcar had to take on the responsibility of overlooking a household as well as running the family business until her own three surviving children were of age.

It would be no exaggeration to say that Diana Apcar was a capable woman. She began to be noted for her writing. Apart from works of prose and poetry, Apcar followed the goings-on of the Armenians in the Ottoman Empire, frequently commenting on their dire situation, trying to raise awareness especially among Westerners in the Far East. A tireless worker, and a devout, religious woman, Diana Apcar was instrumental in raising funds to provide relief for the victims of the Armenian Genocide.

Her prominence having marked her out half-way across the world, Diana Apcar was made Consul of the Republic of Armenia to Japan – a diplomatic post perhaps never before held by a woman in modern times. This office allowed her to speak in the name of a sovereign state when reaching out to individuals and institutions of influence, such as when she wrote to US President Woodrow Wilson, among other high-ranking officials. Her diplomatic status also allowed her to take on Armenian refugees who had somehow made their way to Japan (often via Russia) when it came to dealing with documentation and paperwork. Many families found their way to a new life in the West Coast of the United States and elsewhere due to Diana Apcar’s intervention.

The 1918 Republic of Armenia barely lasted two and a half years – although one of the countries to recognise it and to establish official relations with it turned out to be Japan, no mean feat in that era, and a result of Diana Apcar’s efforts. More than issuing passports, though, Apcar was not for no reason known as “The Little Mother to a Nation” (although her petite stature might have been another one of the reasons). Her nurture and care for her compatriots from a land in which she had never set foot was matched by her fervour in writing articles, pamphlets and books, advocating for justice and relief for the downtrodden. Beyond the Armenian Genocide, Apcar wrote about world peace in general, and the scourge of imperialism and the exploitation of weaker peoples by stronger powers.

Diana Apcar’s funeral in 1937 was very well-attended, a testament to her efforts in life being honoured at her death. Her descendants reside both in Asia and in North America. 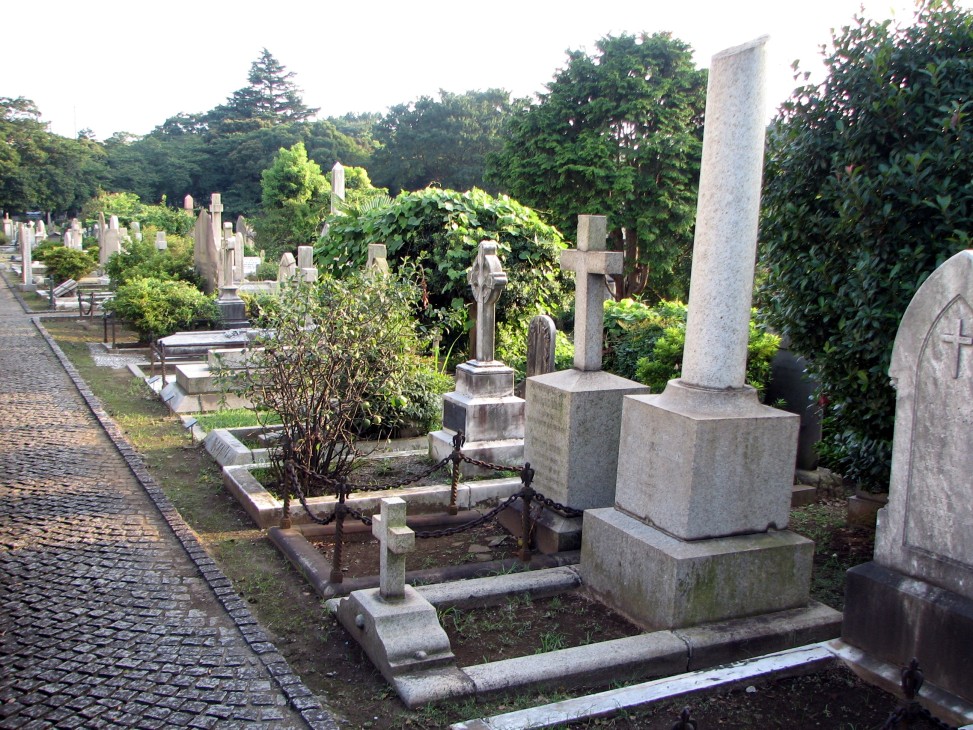 The Foreign General Cemetery in Yokohama, Japan, where Diana Apcar is buried.