…and the Armenian people continue to remember and to seek justice.

The first time that the crime of the Armenian Genocide was addressed in a court of law was in Constantinople itself. The Turkish Military Tribunals of 1919-1920 took place in a highly politicised environment, as the Ottoman Empire faced collapse, overrun by Western powers on the one hand, and internal Turkish revolutionary activity on the other. As imperfect as those trials were, they nevertheless put on record the heinous crimes committed by the Young Turk regime, condemning numerous officials to death and imprisonment. Almost none of those sentences were carried out. In fact, a number of authority figures from that era later on achieved high office in the new Republic of Turkey.

It was not for another half-century almost – taking a couple of generations to build organised communities in the Diaspora and to re-build an Armenia stricken with war, revolution, more war, and the regime of Stalin – that the Armenian world adopted persistent strategies in advocating for the cause of recognition of the Armenian Genocide.

The watershed year was 1965, when Yerevan saw rallies in commemoration of the mass murders of the very parents and grandparents of the inhabitants of the Soviet Armenian capital, to say nothing, indeed, of the survivors themselves who marched that day. It was not long before a formal Armenian Genocide memorial was constructed in the city. It is still the landmark monument to the victims, in addition to a museum and research institute bearing its name – Tsitsernakaberd (or Dzidzernagapert in Western Armenian pronunciation; “The Fortress of Swallows”, said to be named for a pagan belief associated with the site). Diaspora communities likewise did not sit still during the fiftieth April 24th since 1915, with commemorations and monuments that followed in Buenos Aires, Beirut, Boston, and a number of other places.

A march of around 10,000 Armenians in Montevideo a year earlier probably played no small role in Uruguay being the first country whose national legislature adopted a resolution on the Armenian Genocide in 1965. Such documents have been passed by a number of parliaments and local government bodies since, in particular in the 1990s and 2000s, including in Lebanon, Venezuela, Sweden, Canada, Lithuania, Chile, Russia, Cyprus, Argentina, the Netherlands, Switzerland, Poland, Belgium, Slovakia, France, Greece, Bolivia, Germany, Italy, and the Vatican, besides the European Parliament, and such bodies as the International Association of Genocide Scholars and the Human Rights Association of Turkey (Istanbul Branch). The US Congress has, for its part, adopted resolutions on April 24th in 1975 and in 1984 as a “National Day of Remembrance of Man’s Inhumanity to Man” in commemoration of the Armenian Genocide.

Armenian advocacy efforts have been spearheaded by the Armenian-American community since the 1970s, their strategies being duplicated in capitals around the world. Since the independence of the Republic of Armenia in 1991, embassies and representations to international organisations have likewise played a strong role in getting the Armenian voice heard on the international stage.

But, really, it is to Turkey itself that the cause to recognise the Armenian Genocide and to address it meaningfully is most directed. And, indeed, after decades of outright denial, of having Turkish diplomats and other interests face violence in the 1970s and ’80s, of counter-lobbying efforts by Ankara ranging from influencing the production of movies to cancelling lucrative defence contracts, the atmosphere from Istanbul to Diyarbakır has shifted over the past decade or so towards more willingness for introspection.

Indeed, a statement in 2014 by the then-prime minister, current president, Erdoğan was historical in expressing condolences to the Armenian people – but, of course, avoiding the characterisation of genocide, and certainly being interpreted as an insincere act, not followed up with any concrete steps. As a contrast, April 24, 2015 will see large-scale ceremonies with presidents and prime ministers in Turkey, marking one hundred years of a key battle of the First World War at Gallipoli – something highly unusual, given that the victory of the Battle of Çanakkale, as it is called in Turkish, is celebrated on March 18 every year. That change of date has been perceived as an attempt to distract the attention of the world’s leaders and media from the centennial of the Armenian Genocide.

It is hard to foresee or guarantee any long-term effects, but it is noteworthy that, in the year 2010, Armenian Genocide commemorations took place for the first time since 1919 in Istanbul itself, with other cities participating. More broad-ranging ceremonies have been held every year since. Civil society organisations and human rights groups are at the forefront of such movements that fall within a general democratisation trend that Turkey has been undergoing. Armenian Diaspora representatives have likewise found their way to the former Ottoman capital to mark April 24th in recent years. At the same time, there have been pointedly anti-Armenian demonstrations in Turkey as well during those same recent years.

How to deal with the Armenian Genocide in a comprehensive, just, and lasting manner continues to present a complex problem, involving the Turkish and Armenian states, and the Turkish and Armenian peoples, including within Armenia, within Turkey, in the Diaspora, and across the world. Both Armenian and Turkish diplomats and lobby groups have boosted their efforts in the run-up to this centennial year 2015, alongside other politicians, scholars, artists, and activists cutting across all sorts of borders. An enduring resolution remains elusive. 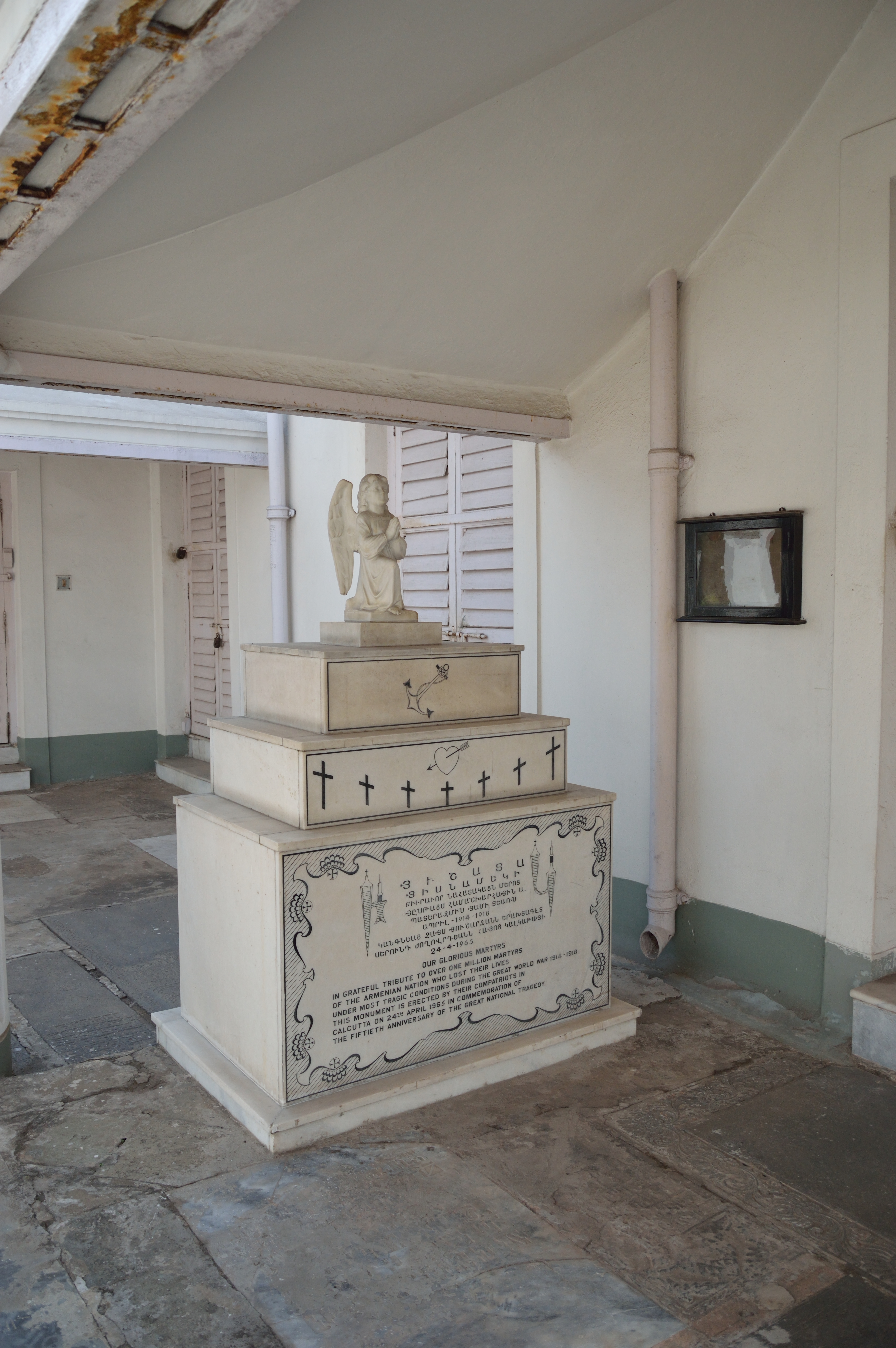 A memorial to “The Fiftieth Anniversary of the Great National Tragedy” by the Armenians of Calcutta, India, April 24th, 1965.