The Armenian Church of St. Gregory the Illuminator, dating to 1835, was the first church built in Singapore.

The sense of adventure and mercantile spirit that spurred on the Armenians of Persia farther east in the 17th-18th centuries did not let them call it quits in India alone. The Armenian Church of St. John the Baptist, for example, still stands in Burma (Myanmar), although the community there has long since dwindled. (That church and the handful of Armenians in that country were briefly in the media spotlight in the summer of 2014, as the Catholicos of All Armenians paid a visit there.) The same can be said for the Armenian Church in Dhaka, in Bangladesh, built in 1781. And there is even evidence of Armenian traders in Lhasa, Tibet, as early as the 1680s.

But why stop there? Armenians were a notable presence in the world of trade and industry in Singapore, Penang (Malaysia), Java (Indonesia), Hong Kong, and Japan during the 1800s, up to the early-to-mid-20th century.

The island city-state of Singapore – with its strategic location on the world’s shipping routes – is particularly well-known as the location of some noteworthy Diaspora achievements. The first Christian church of Singapore was built by Armenians there in 1835, consecrated the following year. It is named after St. Gregory the Illuminator, the Armenian patron saint, and stands today as a national landmark. The famous Raffles Hotel of Singapore, for its part, was Armenian-owned and -operated. The Sarkies brothers and their extended family, in fact, ran a chain of high-end hotels throughout South-East Asia. The English-language newspaper of Singapore with the greatest readership, The Straits Times, was founded by Catchick Moses in 1845, while the country’s national flower, the Vanda “Miss Joaquim”, or Singapore Orchid, was a hybrid developed by and named after an Armenian woman, Miss Agnes Joaquim. The Armenian church building in Singapore; the construction is much more in keeping with the colonial influences of the time, rather than traditional Armenian church architecture
By Smuconlaw. (Own work.) [CC-BY-SA-3.0], via Wikimedia Commons

One prominent Far Eastern Armenian figure of the 19th century was Sir Paul Chater . Originally from Calcutta, Chater made his way to Hong Kong, where he entered the finance industry and took on land reclamation and development, alongside other enterprises and interests. He was responsible for much of the development of Hong Kong at the turn of the century. The places and institutions named after him, as well as the numerous honours he received, attest to his role in the city’s life, including numerous public works and civic projects. Besides serving on the Executive Council of Hong Kong for thirty years, Chater also contributed to Armenian life back in Calcutta, and also gave an immense donation to his old school there, La Martiniere, which still commemorates him as a benefactor in the school prayer. (Click here for a picture of Sir Paul Chater.)

There was not as much of an Armenian presence on mainland China until the Russian Empire’s railways interests expanded to that country in the 1890s. However, a certain Hovhannes Ghazarian (Johannes Lassar) was involved with the translation of the Bible into Chinese very early in the 1800s, publishing the Old and New Testaments in that language between 1815 and 1822. The Armenian Church at Harbin in the north of the country, constructed in the 1920s, fell victim to the reforms of China’s Cultural Revolution, being torn down in 1966. Membership of the Armenian Club of Shanghai also went down in the 1950s, following the establishment of communism. In more recent years, new Armenian immigrants have found themselves participating in China’s growing economy, arriving from all over the world. The ChinaHay community, as it is called, has incorporated into a formal association, with an Armenian centre inaugurated in Hong Kong in 2013.

Khatchig Mouradian, who is currently a China Fellow of the Armenian Communities Department of the Calouste Gulbenkian Foundation, wrote in to add: “An understudied aspect of Armenian presence in mainland China is the experience of dozens of Armenian Genocide survivors who ended up there. Having escaped the Ottoman Empire, these refugees were caught in civil war and revolution in Russia. They continued by rail to Vladivostok, and then journeyed to Harbin and Shanghai, where Armenian presence had been growing since the beginning of the century. Once in China, these survivors received support from wealthy Armenians and missionaries stationed there. Soon, they found jobs at Russian- and Armenian-owned businesses, worked for the local government or the railway company. Some eventually started their own business. By the 1950s, these survivors, like the majority of Armenians in China, left for the Americas via Japan or repatriated to Soviet Armenia.”

The team at The 100 Years, 100 Facts Project would like to thank Mr. Mouradian for his feedback.

For more on the Gulbenkian Foundation’s China Fellowships, visit http://www.gulbenkian.pt/inst/en/Activities/ArmenianCommunities?a=5077.

For a profile of Khatchig Mouradian and his China Fellowship research, visit http://www.gulbenkian.pt/inst/en/Activities/ArmenianCommunities?a=5075.

For a recent report by the Armenian Weekly on a gathering of Armenians in China, visit http://armenianweekly.com/2014/12/15/china/. 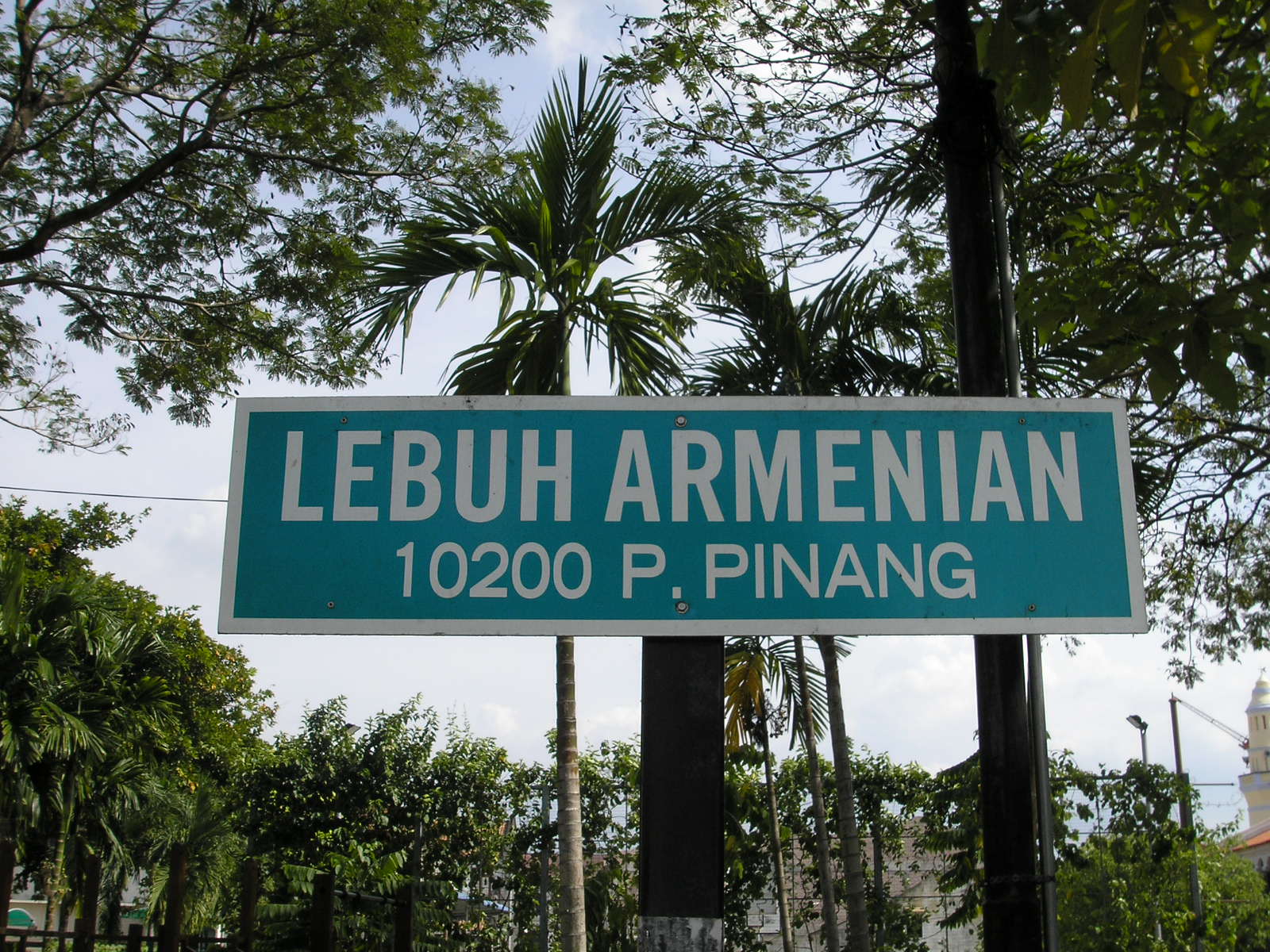 A sign for Armenian Street in historic George Town, capital of Penang in Malaysia.