The Republic of Nagorno-Karabakh held a referendum on independence on the 10th of December, 1991.

Like all conflicts that straddle borders, the dispute over Nagorno-Karabakh – or Artsakh, as it is called in Armenian – is a complicated one, and is still being negotiated by Armenian and Azerbaijani parties, with the mediation of the Minsk Group of the Organisation for Security and Co-operation in Europe (OSCE). The mediating countries are the United States, Russia, and France. The cease-fire in 1994 brought to an end the shifts that had begun six years prior, as the Soviet Union was unravelling and the Armenian population of Soviet Azerbaijan moved for changes.

Karabakh (or Karabagh, Gharabagh) had long maintained various degrees of autonomy under local Armenian rulers subject to the Persian Shah. The region was conquered by the Russian Empire in 1828. Less than a century later, newly-independent Armenia and Azerbaijan both claimed the area until 1923, when, following sovietisation, the highlands of Karabakh were organised into a separate administrative unit within Soviet Azerbaijan with a majority-Armenian population. Nagorno means “mountainous” in Russian, so the new borders – not touching Armenia, but an island within the Azerbaijani Soviet Socialist Republic – received the name the Nagorno-Karabakh Autonomous Oblast (Russian for “region”; NKAO for short).

Although movements arose on more than one occasion during the existence of the USSR for re-drawing the map and including Nagorno-Karabakh within Soviet Armenia, from which the Armenians of the NKAO were cut off both economically and culturally, the major shifts began in 1988, when the leadership in Yerevan and in Stepanakert, the capital of Nagorno-Karabakh, both called for union. The government in Baku, the capital of Azerbaijan, opposed such moves. Moscow naturally got involved, even as the Kremlin was scrambling to maintain the Soviet Union itself.

Matters came to a head. Local clashes and pogroms turned into outright armed conflict. The Nagorno-Karabakh Republic declared itself an independent state – a declaration not recognised by any other state – based on a referendum held on the 10th of December, 1991. Following the bloody war, for which no peace is yet established, the country has maintained its freedom, alongside strong ties with neighbouring Armenia.

The Republic of Armenia does not formally recognise the Nagorno-Karabakh Republic as an independent state, however, because the negotiations for a full settlement continue. The presidents of Armenia and Azerbaijan meet, often being hosted by one of the three mediating countries. The 1994 cease-fire sometimes holds, at times doesn’t; the summer and autumn of 2014 were in particular a rough period of gunshots and casualties across both the effective border between Nagorno-Karabakh and Azerbaijan and also the official, recognised border between Armenia and Azerbaijan

Even amid the tense cease-fire and ongoing diplomacy, with closed borders and entrenched positions, the Nagorno-Karabakh Republic claims about 11,000 square kilometres (around 4,000 square miles) with approximately 150,000 inhabitants as citizens of a democracy. The government follows a presidential model, with a strong executive, alongside the parliament, the National Assembly, of 33 members. Elections have regularly taken place for public offices in the Nagorno-Karabakh Republic, as well as voting on a referendum for a new constitution, which passed in 2006.

Although the Nagorno-Karabakh Republic is not a member of the UN, it maintains representatives in Yerevan, Washington, Moscow, Paris, Beirut, Sydney, and Berlin. Besides tourists, the years have seen a number of visits by officials from abroad. Resolutions about the NKR have been endorsed by a number of states of the United States: Rhode Island, Massachusetts, Maine, Louisiana, and California have all expressed support for the Armenians of Nagorno-Karabakh in their pursuit of freedom through resolutions adopted by state assemblies and senates. 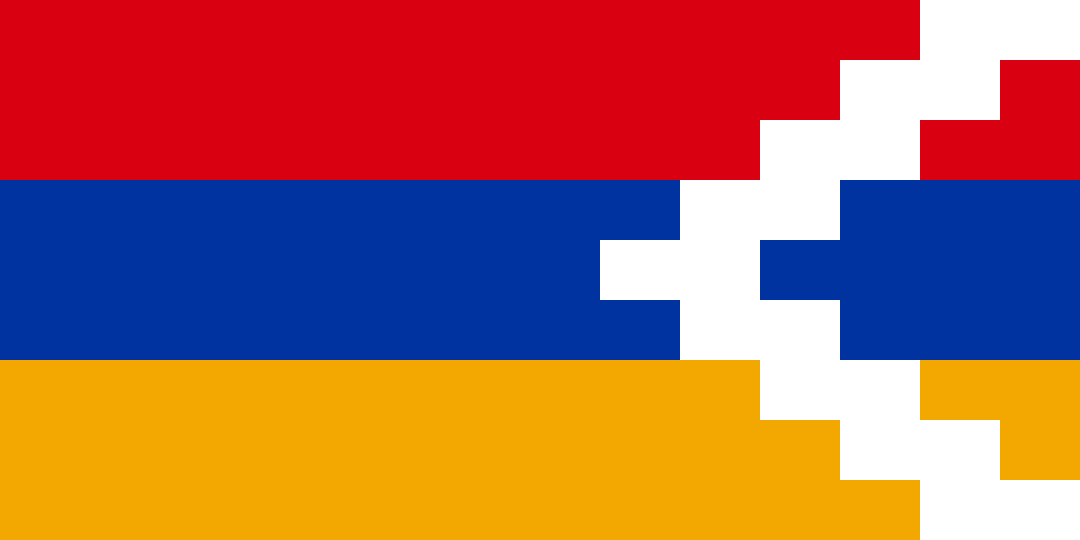