Zabel Yesayan was the only woman on the list of those to be arrested on the night of April 24th, 1915.

She was born Zabel Hovhannisian on the Asian side of Constantinople in 1878. Pioneering for her times, she not only received an education, but received it abroad, at the Sorbonne in Paris, where she met and married Dikran Yesayan. The family was destined to live apart for a long time, as father and daughter, Sophie, remained in France while Zabel Yesayan took along her son Hrant when she returned to Constantinople following the Young Turk Revolution in 1908.

Yesayan made a name for herself as an author. She was commissioned by the Armenian Patriarchate to report on the Adana Massacres of 1909, which was published as Among the Ruins in 1911, including exhortations in that work towards all of her Ottoman compatriots. Her later writings were rather revolutionary, given their nature and the condition of the author – a female, in exile.

Zabel Yesayan managed to avoid getting arrested in 1915 and escaped to Bulgaria during the Armenian Genocide. She later returned and led relief efforts for refugees and orphans in Cilicia, in Tbilisi, and in Baku. It was only in 1919 that the family itself was reunited in Paris. Following more trips along similar lines, Yesayan returned to France after her husband’s death in 1921. Her works around this time included the very first testimonial about the Armenian Genocide – The Death Throes of a People, published as early as 1917 in Baku – as well as novels such as My Soul in Exile (1922).

She paid a visit to the newly-established Soviet Armenia in 1926, and was so enthused by the regime and the prospects of the resurrection of the nation, that she decided to settle there. Zabel Yesayan’s most well-known work, The Gardens of Silihdar, was written in Yerevan after she moved there with her children in 1933.

Life as an author and professor of French literature came to an abrupt end with Stalin’s Great Purge of 1936-37. Yesayan ended up in exile once more, this time to Siberia. It is believed that she died in 1943, although the circumstances of her death remain unclear. Her descendants still live in Armenia.

Zabel Yesayan did not hold a high position of esteem during her days in many Armenian circles, in part because of her progressive stance, and also because of her support for Soviet Armenia, which was opposed by many in the Diaspora. Her writings were pushed aside in Soviet Armenia itself over time. It is only in recent years that Yesayan has regained recognition as an Armenian literary figure of the 20th century. A documentary film about her was produced in 2009, while two new translations into English of her works were published in 2014.

Professor Marc Nichanian says that Among the Ruins “is the only work in the Armenian language in which an eyewitness account is turned into a literary form”. The following excerpt of what Zabel Yesayan witnessed was translated by Jennifer Manoukian:

When we first set foot in Mersine, my impression of it was very clear. It was as though we were crossing the threshold into the realm of death. People received us with unspoken sadness. They shook our hands and passed in front of us. Who knows what was so foreign about us that made them not want to talk to us? Taking refuge in their sorrow, they stood together in a group and watched us, their eyes brimming with tears.

Our hotel was filled with all kinds of displaced people. Here we also found the Catholicos and were immediately introduced to him. All day, it was as if I was seeing everything through a nightmare: There were women dressed in black – the family members of the first victims – and cries and laments of the wounded, the orphans, and the widows whose grief was reignited upon seeing us.

The following day we would go to Adana and be amid the ruins. I thought senselessly about it, and spent another sleepless night with my heart racing, tending to my sorrow.

The night was cool. Moisture rose from the sprawling sea and soared over the sleeping city. The roar of the waves soothed me, as caravans of slow-moving camels passed endlessly through the street, their undulating movements marked by the sound of ringing bells. 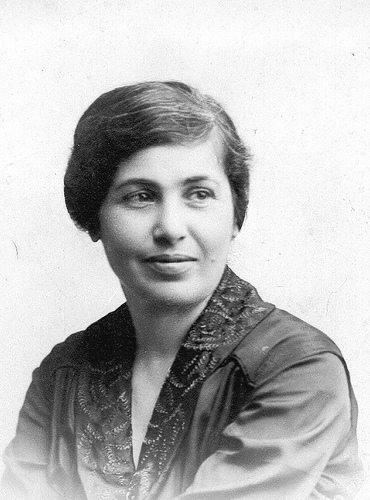