Sose Mayrig took up arms alongside her husband in the 1890s.

The run-up to the Armenian Genocide involved struggles for reform in the Ottoman Empire and violence in the form of armed resistance, as well as government-organised massacres. The pogroms against Armenians in 1894-1896 – known as the Hamidian Massacres, named for Sultan Abdul Hamid II – set the stage for the fedayee movement: armed Armenian freedom fighters in the mountains of Anatolia (central and eastern parts of Turkey today, often referred to as Western Armenia).

The word “fedayee” is Arabic in origin, roughly meaning “those who sacrifice themselves” or “martyrs”. It is widely used as a term for freedom fighters in the Middle East, especially in its plural form, “fedayeen”, and was adopted by Armenians as well. A number of fedayee names acquired popular fame in the 1890s and early 1900s, all the way up to the Armenian Genocide, as symbols of fierce resistance and imposing dignity. They are celebrated up to today, especially in song.

One of the most remarkable fedayee figures was Sose Mayrig, or “Mother Sose”, the wife of Aghpiur Serop (Serop “the Spring” or “the Source”). She was born in 1868 in the region of Sassoun, and chose herself to marry Serop at a young age, rejecting the suitor her family had picked for her. The fedayee calling required that the men who take up arms not be married, or leave their families for the cause, but that did not happen in the case of this couple. Husband and wife, and even their son Hagop fought side-by-side for around three years, until one battle in 1899 took the lives of the men in Sose’s family. Her other son Samson was taken away after that battle, never to be seen again.

Sose Mayrig was wounded, and imprisoned. She was released and, later, found her way to Yerevan, as the Republic of Armenia was established in 1918. Sovietisation a couple of years later forced her out, however. She moved to Constantinople (Istanbul) at first, and finally settled in Alexandria, Egypt, where she lived under the care of the Khanamirian family. Sose Mayrig passed away in 1953.

It is true that the fedayees did not achieve a lasting Armenian independence, but they did offer one way to actively express the political struggle in their time, and they have continued to provide inspiration for generations of Armenian since. Sose Mayrig’s own story is a tragic one, with the loss of her family. And yet, simultaneously, it can be said that she truly embodied the meaning of sacrifice in her calling.

The word “fedayee” was used once again by Armenians as the Soviet Union collapsed, during the armed conflict over Nagorno-Karabakh (Artsakh) in the 1990s – a hundred years or so after it was first invoked in the Ottoman Armenian heartland. The capital of Armenia today includes a military cemetery known as Yerablour to honour those fedayeen. Sose Mayrig’s remains were brought over there in 1998 and re-interred to join her descendants in spirit. 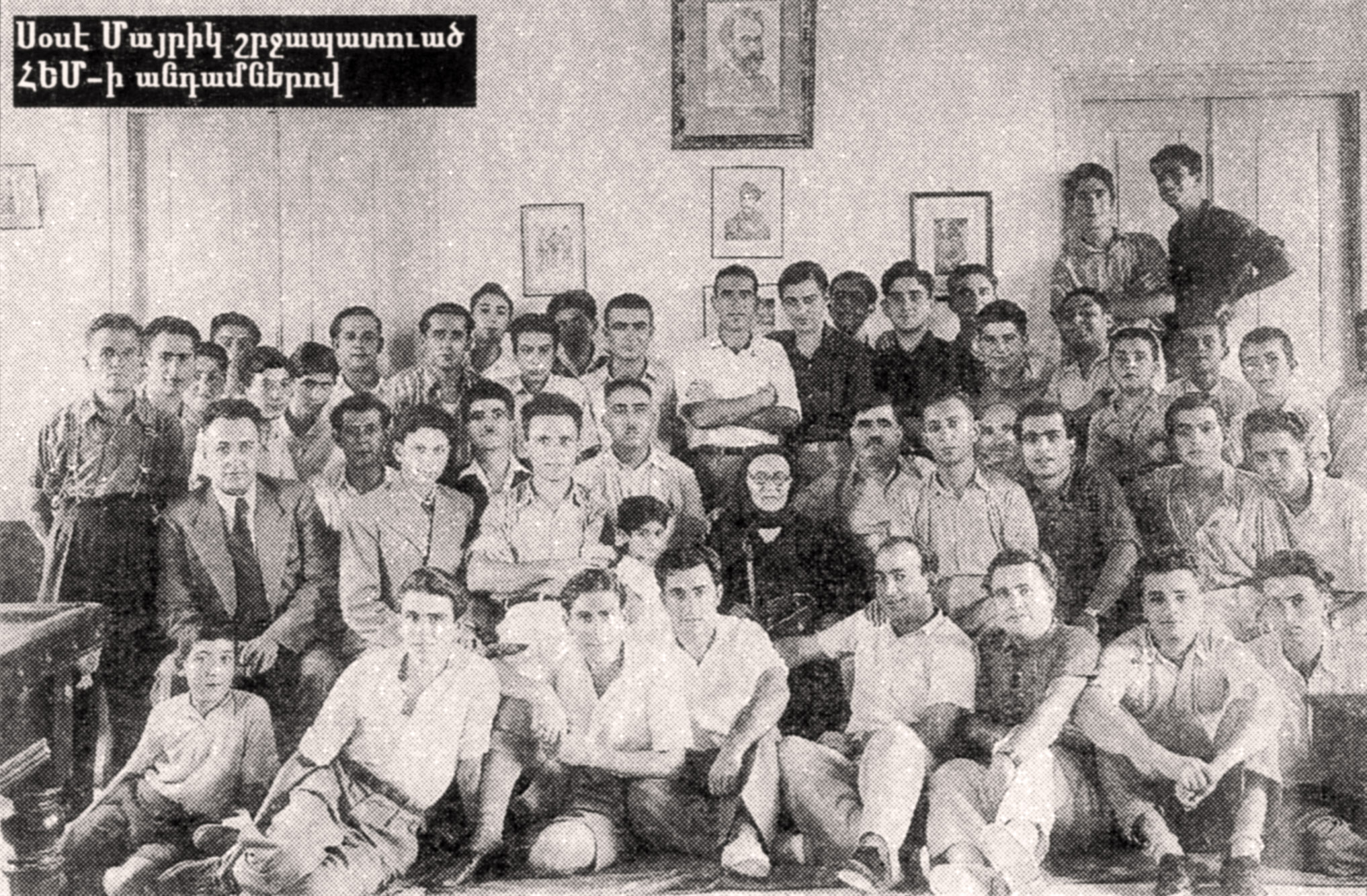 Sose Mayrig meeting with members of an Armenian youth group in Cyprus in 1938.