A medieval Yemeni glossary includes Armenian among its six languages.

It is probably fair to say that not much thought is given in our day-to-day to what was going on in medieval Yemen, just south of Saudi Arabia today, on the coast of the Red Sea. The Rasulid dynasty – of Turkic origin – had established itself in Yemen in the late 1100s as a vassal of the Ayyubids, later taking over the area for themselves by the early 13th century. (The Ayybuids were based in Egypt next door. That dynasty was founded by Saladin, who is noted for his wars with the Crusaders. He was himself of Kurdish origin with family roots in Dvin in Armenia.)

The 13th-14th centuries was an era when both the great Mongol conquests that stretched from China to Europe as well as the Armenian Kingdom of Cilicia were coming to an end. It was a time period that brought east and west together in very active overland trade. In some ways, those connections would not to be repeated until ships sailing from Portugal or Holland would round Africa and make their way to India and the Far East a couple of centuries later.

One expression of that cosmopolitan atmosphere took place under the patronage of the sixth Rasulid king of Yemen, al-Malik al-Afdal al-Abbas, who ruled from 1363 to 1377. Although it was not uncommon then to have dictionaries made of the major languages of the region – notably Arabic, Persian, and Turkish – a glossary of six languages was a highly unusual undertaking. The Rasulid Hexaglot, as it is now called, lists over a thousand words in Arabic, Persian, Turkic, Mongol, Greek, and Armenian.

The discovery of this document was made in the 1960s, and it took some thirty years and more to study, translate, and publish it as a work of modern scholarship. It is, however, a work of true medieval scholarship, not so much as a handbook for diplomats or traders, but rather a study taken on as an intellectual hobby. The king (or his scribes) put together such practical vocabulary as calendars, measures, household items, clothing, animals and plants, weapons, disease, minerals, religious terms, and so on, comparing words in different languages column by column.

It is noteworthy that Armenian was considered a significant enough regional language in the Near East at the time to be included. What is also noteworthy is the fact that the Rasulid Hexaglot was written in the Arabic script – a rarity, to have Armenian words transcribed in Arabic (and the same goes for the Greek as well). The system of transliteration hints that the Armenian dialect of Cilicia, closer to what is Western Armenian today, had made its way all the way to Yemen in the 14th century AD. 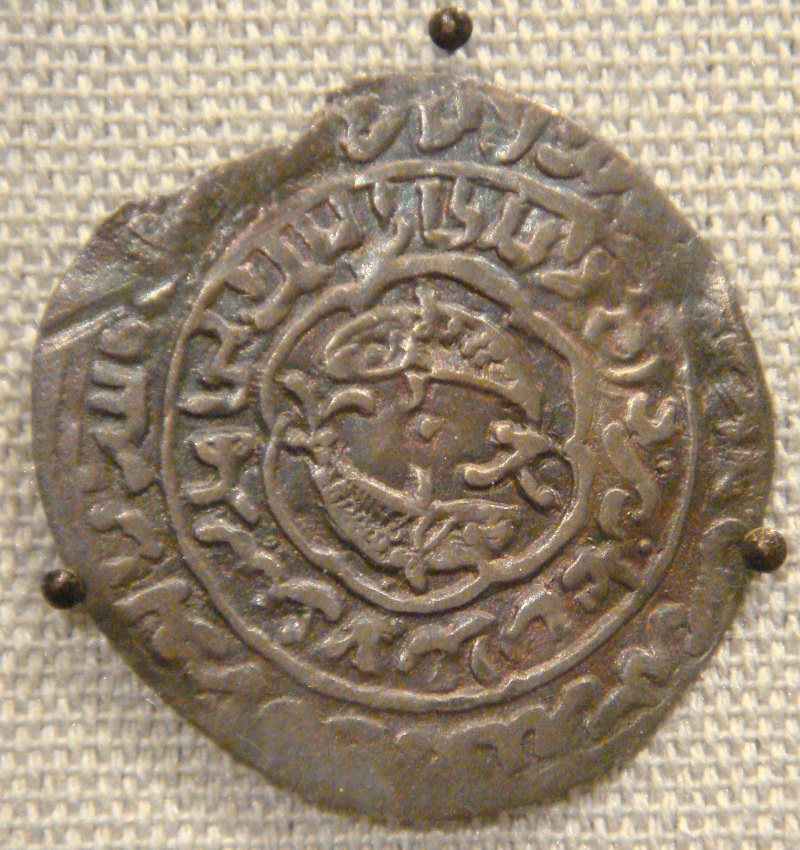 A coin from the Rasulid period, 14th century Yemen

By PHGCOM (Own photograph at the British Museum) [Public domain], via Wikimedia Commons