One of the aspects of diversity in the Armenian nation is the existence of an Armenian Catholic Church, in full communion with the Vatican. Among the most renowned clergymen from that tradition was Grigor Agagianian (Krikor Aghajanian), who rose to the rank of Cardinal of the Roman Catholic Church.

Agagianian was born in 1895 in Akhaltsikhe, in modern-day Georgia, in the Russian Empire at the time. He received his education in Rome between 1906 and 1918, after which he returned to his native land, serving the Armenian Catholic community of Tiflis (Tbilisi, the capital of Georgia today). He was back in Rome soon afterwards to teach, and it became evident that, as the Soviet authorities took over the Caucasus, Agagianian would not be able to return. His great scholarship and work in the clergy led him to Lebanon, where the Armenian Catholic leadership had found itself after the genocide, and where Agagianian ended up serving as Catholicos-Patriarch, that is, the head of the Armenian Catholic Church, from 1937 to 1962.

Although there has been one more Armenian Cardinal recorded in the recent past – another Catholicos-Patriarch, Anton Petros IX Hassounian, who served towards the end of the 19th century – Cardinal Agagianian left a much greater mark in Rome. It is said that, on two occasions, in 1958 and in 1963, he was a front-runner in the conclaves to elect a new Pope, and it is even maintained that he was elected in 1963, but declined. A KGB connection is also sometimes brought up in that regard, given that his native land was within the USSR. According to historian Ara Sanjian, such rumours are unfortunately impossible to substantiate due to the nature of the matter. In particular, candidatures for the papacy, vote counts, and other such details are secrets well-guarded by the Vatican. Nevertheless, the strong standing that Agagianian had in the highest circles of the Catholic Church at the time is undisputed.

More than forty years after his death in 1971, Cardinal Agagianian is remembered as a Prince of the Church who acted as a king for the Armenian Catholics around the world during his life. 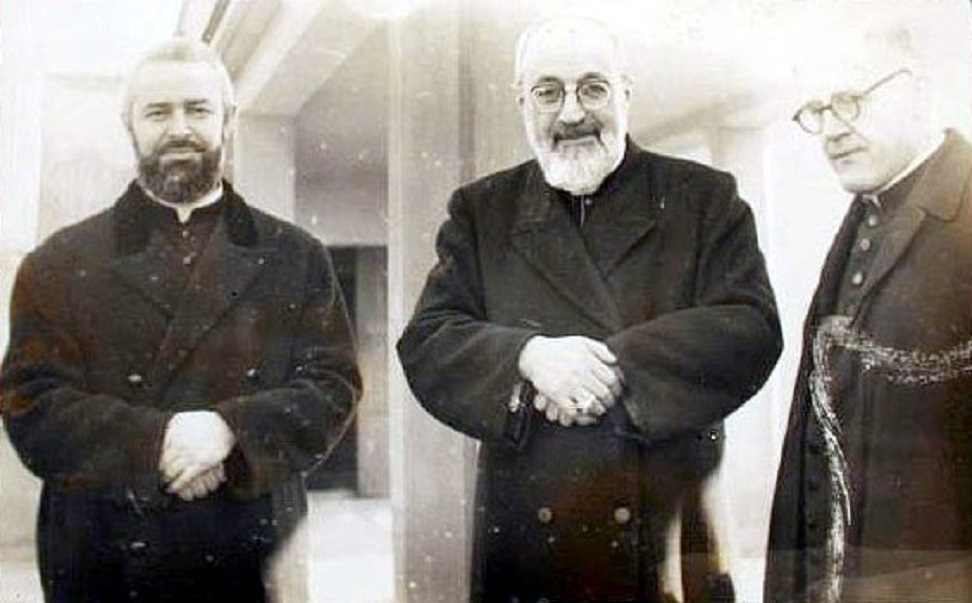 By Foundation of Culture and Heritage of Polish Armenians [CC-BY-SA-3.0], via Wikimedia Commons