The dynasty that was the last to wear a crown and be seated on a throne over traditional Armenian territories was the Bagratouni (or Pakradouni in Western Armenian pronunciation, referred to as Bagratid in Western languages).

This noble house had ancient origins, with records stretching back to as early as the 1st century BC. By tradition, the Bagratouni are descendants of David of the Old Testament (a fact much celebrated by the Georgian branch of the family, known as the Bagrationi, who ruled that country or parts of it for about a thousand years). Later, during the 3rd-4th centuries AD, with the dynasty of the Arshakouni (Arshagouni or Arsacid) ruling over Greater Armenia, the Bagratounis bore the title of Tagatir or Coronant – the one who places the crown on the head of the king during his coronation.

After Arab rule resulted in the decimation of most aristocratic families in Armenia in the 8th century AD, the Bagratounis slowly rose to prominence in the succeeding generations, finally being able to revolt and play the regional Byzantine and Arab powers off each other: both the caliph in Baghdad and the emperor in Constantinople recognised Ashot Bagratouni as king by sending him crowns in 884-885 AD. Byzantine Emperor Basil I was a descendant of the Arshakouni dynasty by some accounts, so the movement of a crown from the hands of an Arshakouni to the head of a Bagratouni can be considered to have signified a historical reversal of roles.

But, unlike the Arshakouni era, the head of the Bagratouni dynasty was not so much a ruler of a centralised order, but more of a “High King” among the lords of various areas. Some rulers of such regions as Vaspourakan, Siunik, or Taron maintained degrees of autonomy large and small for centuries, whether under an emperor in the west, or a caliph or shah to the south. They even remained masters of their realms long after the independence of Armenia was finally quashed by the Byzantines in 1045, as Seljuk Turkish invasions from the east weakened the position of the Bagratounis.

Meanwhile, Bagratid Armenia, although filled with its fair share of both battles and intrigues, got to be an age of grand architecture, most celebrated today for Armenia’s last capital in the homeland, Ani (Check out our fact on that city). The monastic complexes of Haghpat and Sanahin also date from this period; they are popular sightseeing destinations in Armenia today and are both listed as UNESCO World Heritage sites, in fact. The fort of Amberd, the ruins of which are not too far from Yerevan, was built during this era as well. The reign of the Bagratounis was also when the mystic work of prayer known as the Book of Lamentations was written by Gregory of Narek (or Krikor Naregatsi), venerated as a saint in the Armenian Church. 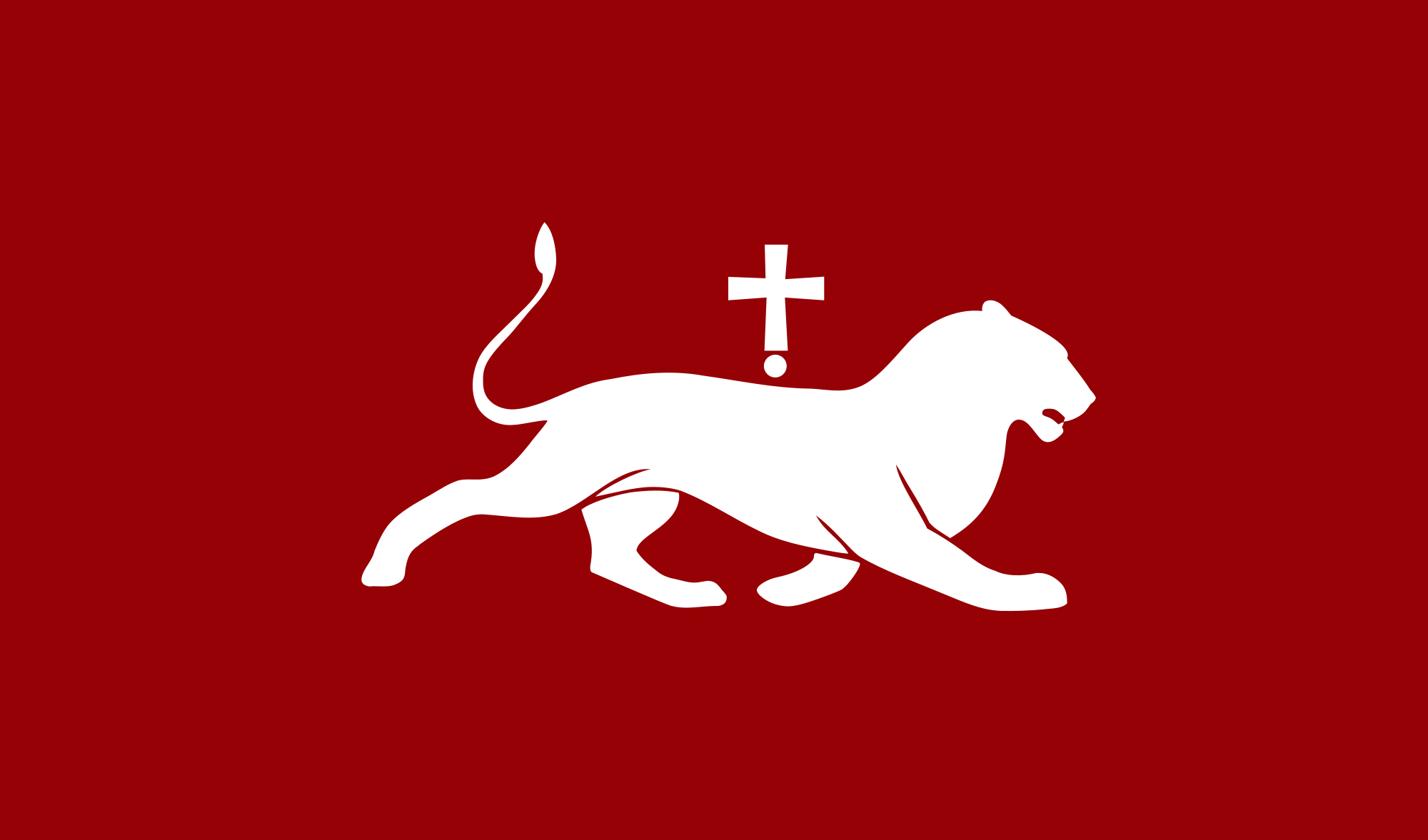 A depiction of the flag of the House of Bagratouni

By Gegart [CC-BY-SA-3.0], via Wikimedia Commons