The Armenian Brotherhood of St. James in Jerusalem dates back to the 7th century AD.

Being the first people to adopt Christianity as a national religion, it should come as no surprise that Armenians made their way early on to celebrate the traditions of the places where Jesus lived and performed miracles. There are even indications of Armenian religious life in the Holy Land from about fifty years before Armenia itself became Christian, traditionally in 301 AD. Pilgrimages led to both established church communities as well as merchants and craftsmen, cementing the Armenian presence in the Holy City since at least the 7th century AD, when the first Armenian bishop was appointed there, later to take on the title of patriarch.

The Armenian Patriarchate is located over much of the Armenian Quarter of Jerusalem – one of the four sections of the older part of the city alongside the Jewish, Muslim, and Christian quarters – overseeing both religious and some other day-to-day activities of the small Armenian community that remains there. The order of rights and duties distributed among various communities in Jerusalem was set up during Ottoman times, and much of it is still maintained today. But the Old City of Jerusalem remains, of course, at the heart of the Israel-Palestine conflict, even as it boasts UNESCO World Heritage status, containing as it does among the holiest sites of Judaism, Christianity, and Islam.

The city’s history is ancient, needless to mention. Over the centuries, as both Muslim conquerors and Christian Crusaders from Europe came and went, the Armenians tried to keep good ties with all parties, slowly expanding the holdings of the monasteries, increasing land under the ownership of the Patriarchate, building new structures, both religious and civil. The Cathedral of St. James – the major Armenian church of Jerusalem, though not the only one – dates from the 12th century, a rare Crusader-era house of worship that is still standing.

The Armenian Church, alongside the (Eastern) Orthodox and (Western) Latin churches, looks after various holy sites of the area in whole or in part, including the Church of the Holy Sepulchre in Jerusalem (built over the tomb of Jesus, by tradition) and the Church of the Nativity in Bethlehem, where Jerusalem Armenian Christmas is uniquely celebrated on January 18 ever year, following the older Julian calendar.

Besides possessing the largest collection of Armenian manuscripts outside the national repository of the Matenadaran in Armenia, the Patriarchate in Jerusalem was a pioneer in publishing, establishing the very first printing press in the city in 1833. Until today, the Armenian Patriarchate in Jerusalem serves as a place of learning, not just in running the local Armenian school, but in the upkeep of its seminary, library, and museum.

The 20th century was a time of upheaval for Armenians as such, and for the Armenians of Jerusalem in particular. An influx of genocide refugees was followed by decades of instability and war, the effects of which continue to be felt. The political situation in Israel and Palestine has resulted in much smaller numbers of Armenians today, while Christian life in general has been facing uphill battles in that country for some decades now. Despite the struggles, the Armenian Patriarchate of Jerusalem, or the Holy See of the Brotherhood of the Sts. James – named for St. James the Great as well as St. James the Less, both important figures of early Christianity – continues to train and prepare Armenian priests from and for all over the world, and to be the centre of Armenian life in the Holy Land.

The layout of the Armenian Quarter of the Old City of Jerusalem, via Wikimedia Commons 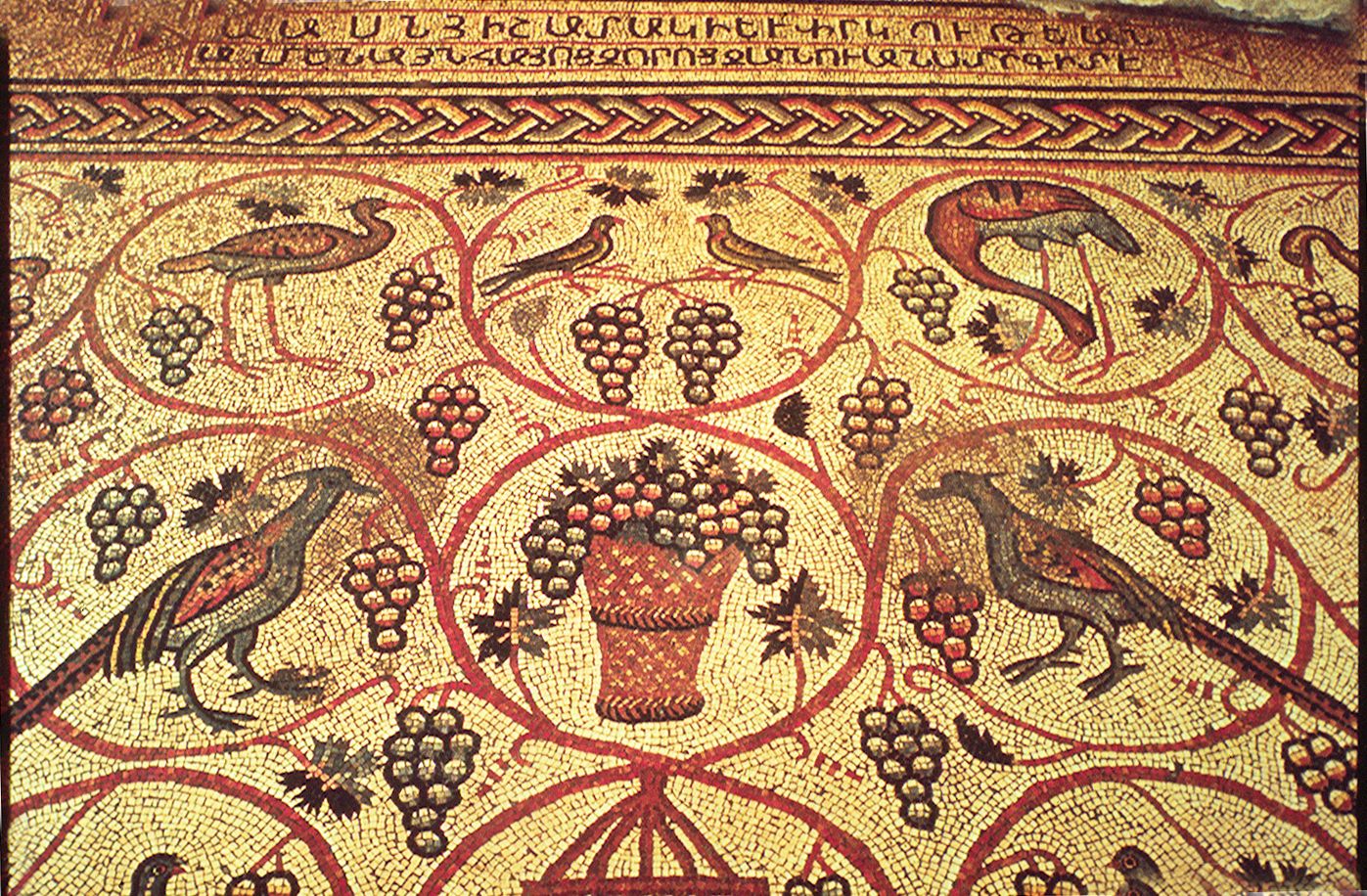 A mosaic dating from the 6th century, including Armenian writing, discovered during construction works in 1894.