Alexander Mantashev was one of the world’s wealthiest oil magnates and a major Armenian philanthropist of the early 20th century.

Alexander Mantashev (Russified from Mantashyan or Mantashyants) was born in 1842 in Tiflis – Tbilisi today, the capital of Georgia – which was a major hub for Armenian culture, society, politics, and trade around the turn of the 20th century. His early years were spent in Tabriz, in northern Persia (Iran), working in his father’s textile business. This was followed by a significant stint in Manchester, England, the city being at the time a global centre of the cotton trade, including the involvement of major Armenian Diaspora players.

Mantashev continued to work in the family business upon returning to Tabriz in 1872, but began to diversify his entrepreneurial interests after his father’s death in 1887. Tiflis served as a base, followed by Baku – today the capital of Azerbaijan – the oil fields of which produced as much as half the world’s supply by around 1900. Mantashev competed against the likes of the Nobel brothers, the Rothschilds, and the Rockefeller family, amassing a vast fortune that ranked him among the wealthiest in the early years of the 20th century.

It was his philanthropic work that gave him lasting fame, however, especially in Armenian circles. Besides donating to the Armenian Church in general, the Armenian churches in Manchester and Paris were constructed due to his contributions, the latter resulting in a Légion d’honneur from the French president. Mantashev was also a big financer of education, founding both trade schools, special schools for orphans and the blind, as well as supporting the studies in Europe for the likes of Komitas Vartabed and Alexander Khatisian, to name only two profoundly significant contributors to Armenian history and culture. In addition, Mantashev was known to be personally humble and down-to-earth.

Alexander Mantashev died in 1911 in St. Petersburg. His body was brought to Tiflis for burial. The Russian Revolution a few years later resulted in the confiscation of the Mantashev businesses and fortune; the family fled abroad. In fact, even the church and the cemetery where Mantashev was buried were destroyed during the Soviet era. He is remembered today mostly in Armenia and Georgia as one of the most influential Armenians of the Caucasus and the Russian Empire during its final years. 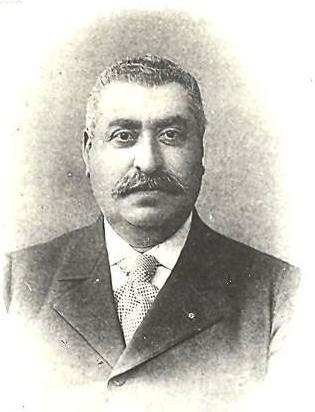