There are at least three Armenian names in the credits to The Lord of the Rings.

Armenian music and performance are not just church songs or folk dances. Far from it. Besides a vibrant pop culture scene in Armenia itself, the Diaspora has given rise to more than one big name in the entertainment field, alongside a number of up-and-comings.

Certainly, among Armenian-Americans at the very least, Cher lies near the top of the community celebrity list, noted as well for her time and efforts in Armenia following the 1988 earthquake. Of course, nowadays, the Kardashian family – regardless of controversy – is often another public face of the Armenian community in the United States. The Kardashian sisters are on their way to the country in April – news greeted with some fanfare. Older Americans would remember Mike Connors (Krekor Ohanian), who played “Mannix” on TV in the 1960s and ’70s, around the same time when David Seville (Ross Bagdasarian) made his name, as, among other things, the creator of Alvin and the Chipmunks. An early Armenian Academy Award winner was his cousin, none other than William Saroyan, for writing The Human Comedy, in 1944. Earlier still was the classic Hollywood figure Rouben Mamoulian, originally from Tiflis in the Russian Empire (Tbilisi, capital of Georgia today), famous for directing such works as Dr. Jekyll and Mr. Hyde in 1931.

Back to our own times, and Katherine Sarafian’s work behind the scenes in animation has earned her both Oscars and Golden Globes, while, on screen, Eric Bogosian, Ken Davitian, Andrea Martin (Papazian), and rising star Angela Sarafyan are names that ring a bell and definitely ring of their Armenian heritage. The same is the case with Raffi, the well-known Armenian-Canadian children’s singer, and also the cinematic duo of Atom Egoyan and Arsinée Khanjian, likewise from Canada. There’s no need to elaborate on System of a Down – which is getting set for a world tour culminating in Yerevan on April 24 – nor Sebu Simonian, of Capital Cities.

Across the Atlantic, and Charles Aznavour would arguably be the Armenian with highest celebrity status on the Continent, being referred to as the Frank Sinatra of France – if not of a lot of other places in Europe. He too began his engagement with Armenia as a result of the devastating 1988 earthquake, and has continued his work with the country ever since, even being raised to the rank of Ambassador of the Republic of Armenia to Switzerland in 2009. The Armenian Diaspora in France also boasts such figures as Robert Guédiguian, a famous director, as well as Simon Abkarian, a celebrated actor who has starred, among elsewhere, in movies by Guédiguian and also by Egoyan. (Simon Abkarian and Angela Sarafyan are slated to star in 1915, to be released in April.) The singer Sylvie Vartan is also of Armenian descent (as is her nephew, American actor Michael Vartan). Armenia itself is not behind the Diaspora when it comes to being featured on screens big or small, such as by participating in the annual Eurovision Song Contest ever since 2006 – a huge venue for a Europe-wide audience. Meanwhile, the British-Armenian comic Kev Orkian’s bits have a strong following on YouTube, while Garik Martirosyan is well-known as a comedian and TV personality in Russia, and in Armenia.

Of course, the former Soviet Union has a long list of celebrated Armenian actors, musicians, and directors, such as Armen Jigarkhanyan, Sergey Parajanov, and Gohar Gasparyan, the latter noted for her work in the opera. A well-known 20th-century Armenian-American soprano, meanwhile, is Lucine Amara (Armaganian). Modern-day opera stars include Hasmik Papian, based in Vienna, and also Isabel Bayrakdarian, who lives in Toronto, and whose voice can be heard during the blockbuster The Lord of the Rings films. That franchise also stars Andy Serkis as Gollum, and its special effects includes work by Fugitive Studios, under Roger Kupelian, based in the Los Angeles area.

The above names list by very, very far merely a sampling of Armenian talent – and no mention was even made of the stars in Armenia today, nor of Hayko Cepkin in Turkey (pictured), Tulip Joshi in Bollywood, Aracy Balabanian, the Brazilian telenovela actress, Jano Toussounian, who starred on Australian TV, Dutch-Armenian-American hip-hop artist R-Mean of Open Wounds fame, Pierre Chammassian, the Lebanese actor and comedian, and many more. 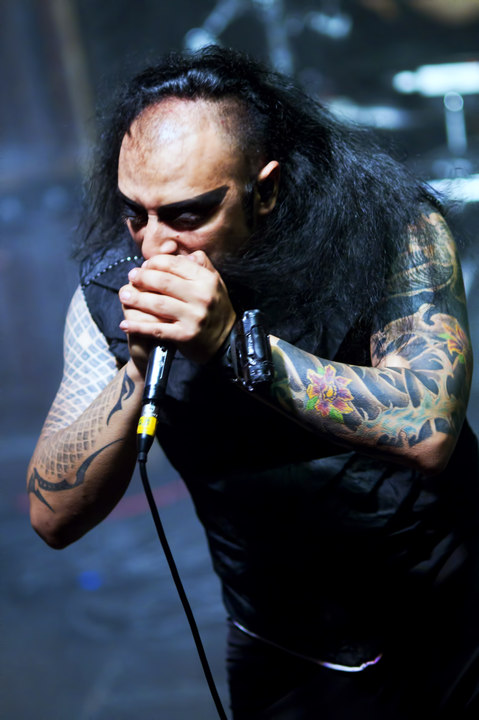