Captain Kidd, the pirate, took over an Armenian merchant ship in the Indian Ocean in 1698.

The forced movement in 1604 of Armenians from the region of Jougha (Julfa) in what is today the Azerbaijani exclave of Nakhichevan was part of a grand scheme by the Persian Shah Abbas at the time to create a no-man’s-land between his domains and those of the Ottoman Empire. It is true that there was much suffering as a result. And yet, the Armenians were granted special privileges to practice their culture, and in particular to continue their crafts and trade, through the district of New Julfa created especially for them in the imperial capital of Isfahan, which continues to be a centre of the Persian-Armenian community today.

Within a generation or two, New Julfa became the hub of a far-flung network of Armenian merchants that, for over a hundred years and more, plied routes that stretched from Madras to London, from Amsterdam to Yokohama, from Moscow to Manila. Without any exaggeration, it is fair to say that the Armenians profoundly affected the global movement of goods, managing to acquire a free hand in trading with and between and among all the major players of the era, running their own ships, even under their own flag at times.

How did they do it? The Armenians of New Julfa put together what we would call a business school today, training young men, who would work as agents (known as a “commenda”) for the wealthy merchant who owned the goods and the capital (called a “khoja” or “khwaja”). The agent would take on a consignment that could last anywhere from a few years to a decade or more – time necessary to travel, for example, from Lhasa on the Tibetan plateau to Venice on the Adriatic Sea. The commenda would have to make sure that the books balance for the khwaja upon his return, naturally, keeping only part of the profits for himself. Besides crunching the numbers, the ties of trust between the various participants of such undertakings stemmed in part from their common New Julfa Armenian background – but also on hearsay that made its way back to New Julfa via other Armenian merchants in the network, as well as the Armenian Church, which likewise spread with the trade. The khwaja would also keep the family of his agent within his own household during the agent’s absence as an additional safeguard.

The significant impact of the Armenian traders in the commercial world of early modern times can be reflected in the story of the Quedagh Merchant. This Armenian cargo ship, also known as the Cara or Kary Merchant, was taken over by the privateer William Kidd somewhere in the Indian Ocean in 1698. He subsequently sailed it to the Carribean. Meanwhile, the British crown, which held part of the interests in the goods on that ship, declared Captain Kidd an outlaw pirate. Kidd ended up facing charges back in England, while he had already set the Merchant ablaze off the coast of what is the Dominican Republic today. The discovery of the shipwreck in 2007 made international headlines. A museum on the legacy of the ship was established in the Dominican Republic in 2011.

Prof. Sebouh Aslanian of UCLA wrote in to clarify: “Thank you for including this topic. A couple of minor points to be accurate. The ‘commenda’ referred to the contract itself, whereas the person involved was a ‘commenda agent’ or an ‘enker’. Also, the more proper name of the ship is the Queda or Quedah Merchant, named after the place on the south-east Asian coast. ‘Quedagh’ is incorrect; I suspect it is Yuri Barseghov’s Russianised variation.”

The team at The 100 Years, 100 Facts Project would like to thank Prof. Aslanian for his feedback. 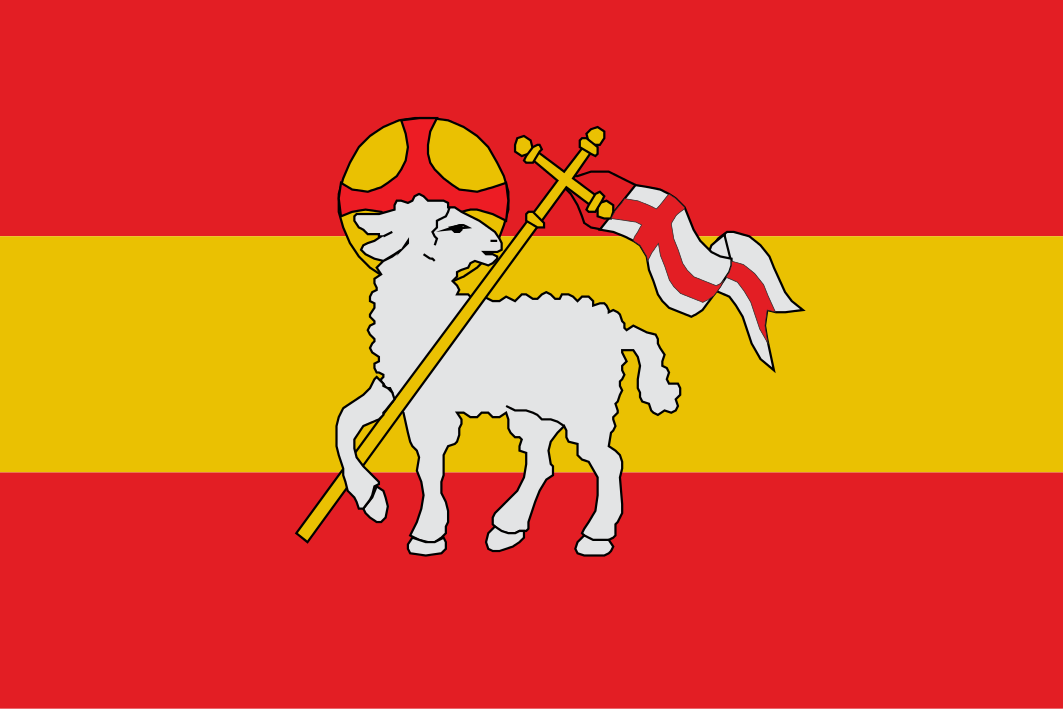 A depiction of what records indicate Armenian ships would fly as their own civil flags in the 17th-18th centuries.

By UeArtemis (Own work) [CC-BY-SA-3.0], via Wikimedia Commons