The Armenians of Marash have their own traditional style of embroidery.

How to while away the hours of the cold Armenian winter? Well, working away at a needle and thread is definitely one option that was adopted as a tradition by the women of those highlands. Unlike in Europe, where embroidery was more in the domain of the nobility, lacework was commonly-practiced by all strata of Armenian society over the centuries – and presumably not just during the winter.

The style of needle-point that developed in Marash (in Cilicia, south-eastern Turkey today) is a particularly recognisable tradition, although it is by far not the only regional variation of an Armenian art or craft. “Marash work” involves distinct patterns – with names ranging from the mundane (“cup”) to the more mystical (“flower of seven mountains”) – not infrequently echoing architectural motifs such as knotted engravings or crosses found elsewhere in the Armenian world. They often consist of stitches in blue or red over dark backgrounds, at times stringing in pearls or making use of gold or silver thread for particularly significant items.

Besides its use as decorations for the home, or inclusions in one’s dowry, embroidery works were items of export. In fact, weaving cloth and associated crafts were in general a widespread economic activity in the region around Marash. The men would be engaged in cleaning, beating, and drying out the raw cotton, whereas the women would spin thread into yarns of varying thickness. The dyeing (using local plants, as well as minerals and animal products; chemicals came late to the scene) and further treatment of the yarn was also something in which both men and women took part. Embroidery unsurprisingly required the thinnest sort of yarn.

Embroidery used for religious purposes – such as decorations for church objects or vestments for priests – was, as one might expect, not a small part of this Armenian cultural expression. More elaborate patterns are to be found in adding richness to cloths that cover the altar or the chalice, and the various paraphernalia that priests wear during service, whether crowns or shoes or robes. These could be crosses in the style of Armenian khachkars, but also patterns of flowers or other geometrical designs. This tradition goes strong in the Armenian Church today.

Back at home, some lacework items around the house in Armenia and the Diaspora get to achieve the status of family heirlooms, especially if they are in an older, traditional style, such as that of a family’s ancestral region or town. Those traditions are also still handed down in some households, often from mother to daughter or grandmother to granddaughter, while also being taught in schools or community organisations in some cases.

Whether in terms of decorative work, as in embroidery, or essential economic activity – ranging from shoemaking to woodwork, jewellery to saddle-making – the removal of Armenian master (and mistress!) artisans and craftsmen struck the economy hard in the dying days of the Ottoman Empire. Their legacy continues in such places as Marash (formally known as Kahramanmaraş in Turkey today), where the Armenian impact on local occupations and trade lives on in the general public memory. 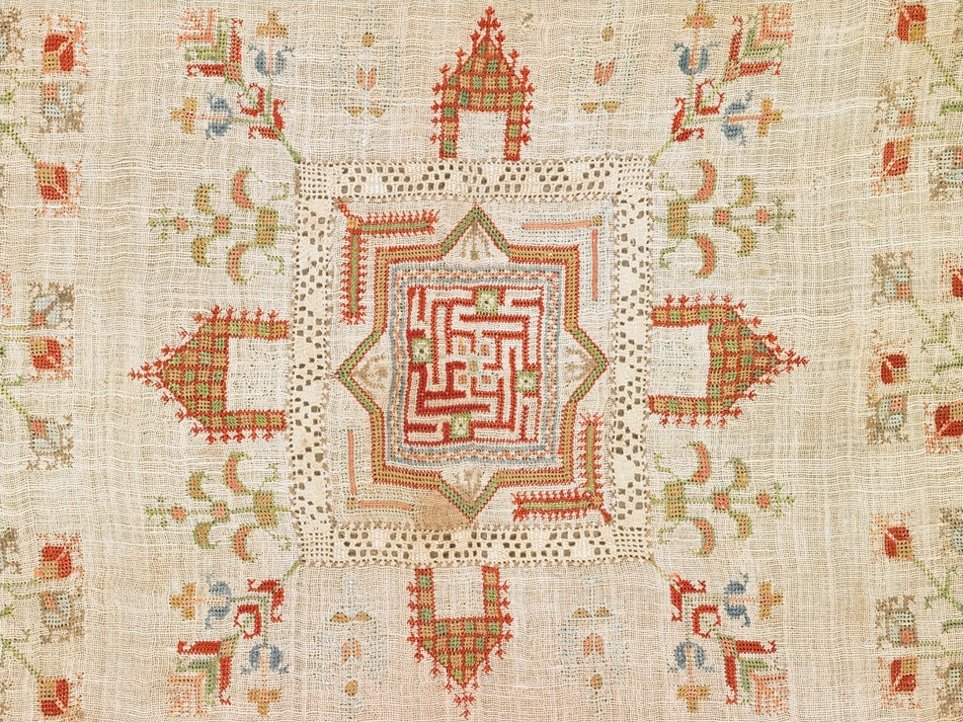 An example of Armenian lacework dating from the 18th century; for samples and information on Marash-style embroidery, visit armenianembroidery.tripod.com