The Armenian Genocide did not take place behind closed doors. Certainly, the First World War offered adequate cover, but the news of massacres and deportations made it out into the world.

On top of the list was the American Committee for Syrian and Armenian Relief, later known as Near East Relief, and still functioning today as the Near East Foundation. It was conceived by the US Ambassador to the Ottoman Empire, Henry Morgenthau, Sr. (whose memoirs offer powerful first-hand insights into how the Armenian Genocide played out), and led by a number of influential Americans, including President Woodrow Wilson. Near East Relief started its efforts in the middle of the war and continued to care for survivors and orphans in Syria, Lebanon, Greece, and elsewhere in the region, even what became the Soviet Union, all the way up to 1930. During the course of that time, it allocated around 117 million dollars – a mind-blowing figure in today’s money – saving at least a million people, including housing, feeding, and clothing 132,000 Armenian orphans. It is rightfully said that Near East Relief “quite literally kept an entire nation alive”.

Near East Relief and its efforts was the first time the world saw a national campaign of fundraising for international humanitarian work. Jackie Coogan – a child star of the 1920s and later famous for portraying Uncle Fester on The Addams Family TV show in the 1960s – was the very first celebrity endorser for collecting donations in money and in kind, leading a tour of the United States and Europe, where he met the Pope. He later accompanied the one million dollars worth of food and clothing to Athens, to be delivered to orphans.

There is even a report of a tribe of South African converts to Christianity who made a donation to Near East Relief to be of even some small assistance to “the starving Armenians”.

But it wasn’t just Near East Relief. Societies to come to the aid of Armenians sprung up all over. As far away as Australia, to give one example, the Armenian Relief Fund in 1915 grew into the Australasian Armenian Relief Fund by 1922, sponsoring an orphanage in Lebanon that housed over 1,500 orphans.

A special mention must be made of Scandinavian responses to the Armenian Genocide. Alongside the US president of the time, another world leader also features on the list of advocates for the Armenians – Fridtjof Nansen of Norway, whose diplomatic efforts under the League of Nations were of great assistance to the refugees of that era. Names such as Maria Jacobsen are familiar to the descendants of the orphans under her care, and one of the Armenian schools of Aleppo, Syria, is named after Karen Jeppe. Both of those women were from Denmark, and both dedicated their lives to serving Armenian Genocide survivors, finding their final resting place alongside them in Lebanon and in Syria. 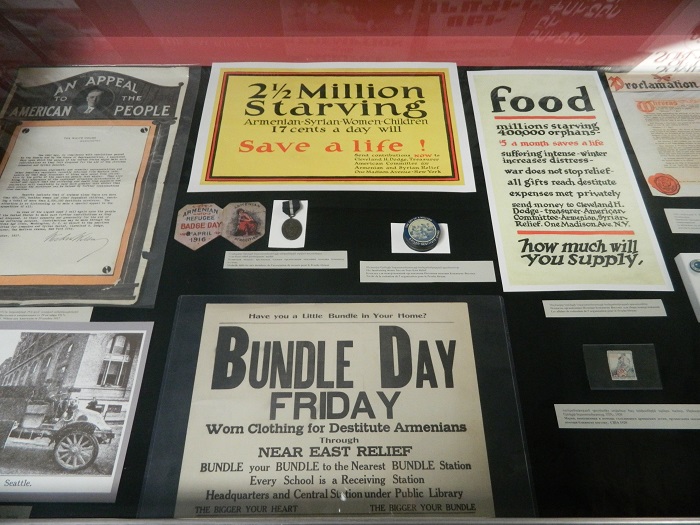