The first European coffee-shops were established by Armenians.

It’s true – coffee doesn’t grow in Armenia. Never has, probably never will. The origins of that drink, today one of the most valuable traded commodities of the world, are to be found in a region of Ethiopia known as Kaffa. The story goes that a goatherd was surprised by the increased energy of his animals after they munched on the beans of a plant. Those beans, roasted and ground, brewed and drunk, turned out to have the same effect on humans.

From Ethiopia, through the Arab world, up through the Ottoman lands, those beans made their way into the hands of the traders and merchants who plied the routes from east to Middle East to Near East to Europe – Armenians included, arguably foremost among them.

The very first coffee houses in Vienna and in Paris were opened by Armenians. Johannes Diodato (or Hovhannes Astvatsatour, translating “God-given” – a very apt name for someone who pioneered dealing in coffee, as many would agree) led the way in the Hapsburg territories in the late 17th century, while one Pascal opened the first coffee-shop in Paris in 1672, followed by another Armenian, Maliban, that same year. Armenian fashions were in use in decorating the coffee-houses of that time. There is even an example of a coffee merchant referring to himself as “a naturalized Armenian” in a French play from 1696.

There are indications that early coffee-houses in London and in Prague were likewise established by Armenians. The social and political roles that such coffee-houses played in the following centuries are reflected in the café cultures of European capitals going strong until today, and emulated elsewhere on the continent and all over the world.

One word on the word. “Coffee” and its variants, such as “café”, “Kaffee”, “qahwa”, “kahve”, or “kofe”, dominate the name of the drink in just about all languages, except for two. One is from the original birthplace of the drink – in Amharic, a language of Ethiopia, it is called “buna” (which is also the word for “coffee bean” in Arabic). And the other is, of course, Armenian, which calls coffee “soorj” or “soorch” (in Western and Eastern pronunciation respectively). The origins of that word, which dates from at least 1787, are not clear. It could be a corruption of “sev choor” or “sev joor”, meaning “black water”, or it could be from the sound made when slurping a piping hot brew. 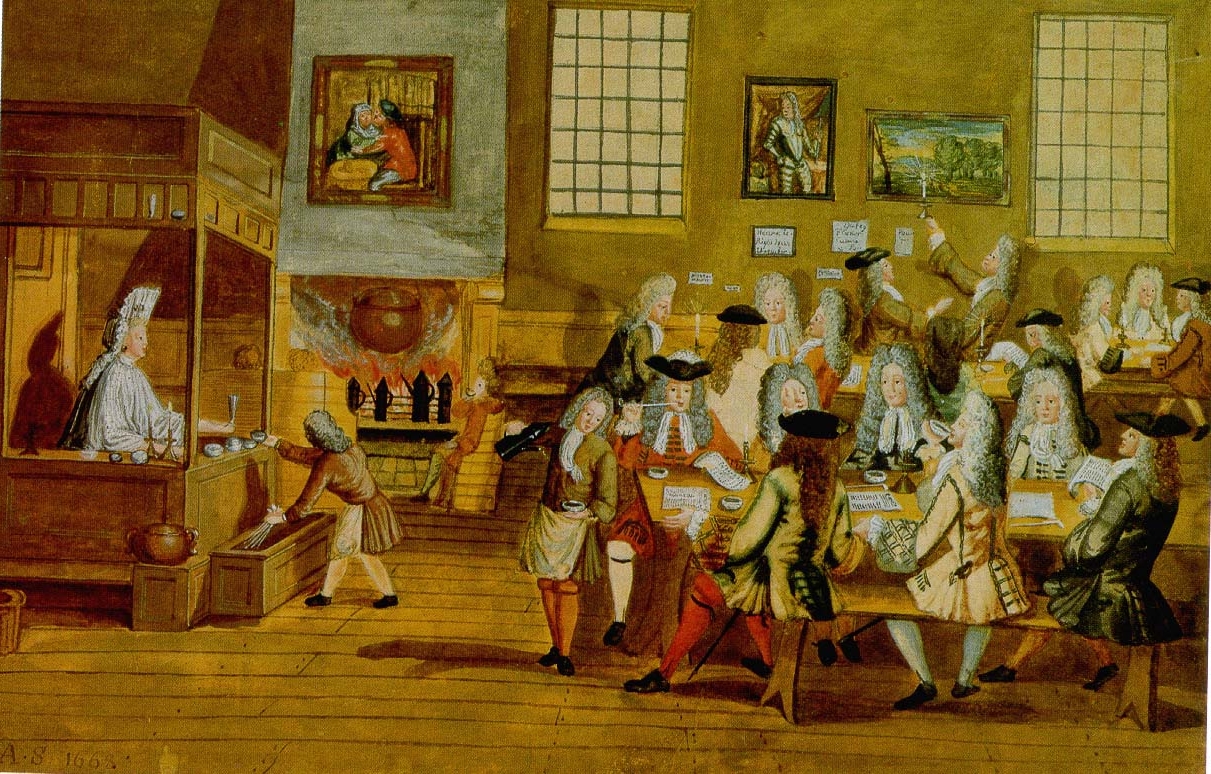 A 17th-century depiction of a coffee house in London.