Many of Istanbul’s architectural gems are the works of the Balyan family.

Nine architects over four generations, serving six Ottoman sultans as imperial architects for over a hundred years – the Balyan family shaped the look and feel of a metropolis that has forever been at the crossroads of East and West, and which found itself particularly torn between tradition and modernity during the 19th century.

Merametçi Bali Kalfa, the namesake of the clan who died in 1803, was followed by his sons Krikor and Senekerim, who were already referred to in their time with the honorific title “Amira”, which indicated their social and political influence within Ottoman circles. Krikor’s son Garabed was followed by his sons Nigoghayos, Sarkis, Hagop, Simon, and Levon, the last of the Balyans dying in 1925, not too long after the empire they served fell. That era was one of fits and starts of reforms within the Ottoman world that tried to accommodate the fast pace of development in Europe and the West while hanging on to outdated modes of government.

The architecture of that era reflects this back-and-forth across the Bosphorus. The Balyans decorated the capital of the Ottoman Empire with mosques and churches, palaces and royal pavilions, ornate tombs, schools and hospitals, dams and waterworks, even clock towers and the mint. To this day some of the finest structures in Istanbul stand after having its blueprints drawn up by one of the Balyans. Eastern arches fused upon imposing Western façades evoke the Beaux-Arts spirit that French education, among other factors, inspired the members of this famous Ottoman-Armenian family.

Perhaps the most famous Balyan structure in Istanbul is the Dolmabahçe Palace, right on the water on the European side of the city. The largest palace in Turkey, Dolmabahçe was the ultimate symbolic step taken by Ottoman royalty to showcase their adoption of Western standards in the 19th century. Finished by the Balyans in 1856 after ten years and at immense cost, the palace seems immediately European in style, with a neo-classical front, two wings, and rooms designed to suit the highest tastes in the Paris, Vienna, or St. Petersburg of the time. And yet, Oriental motifs are carved in side-by-side with crystal chandeliers hanging above elegant staircases. Moreover, the Dolmabahçe Palace has a separate section, with a subdued entrance, to the sultan’s harem and family apartments, joining the main building through a ceremonial hall, reflecting conventions of traditional Turkish family life as well as retaining Ottoman palace protocol. 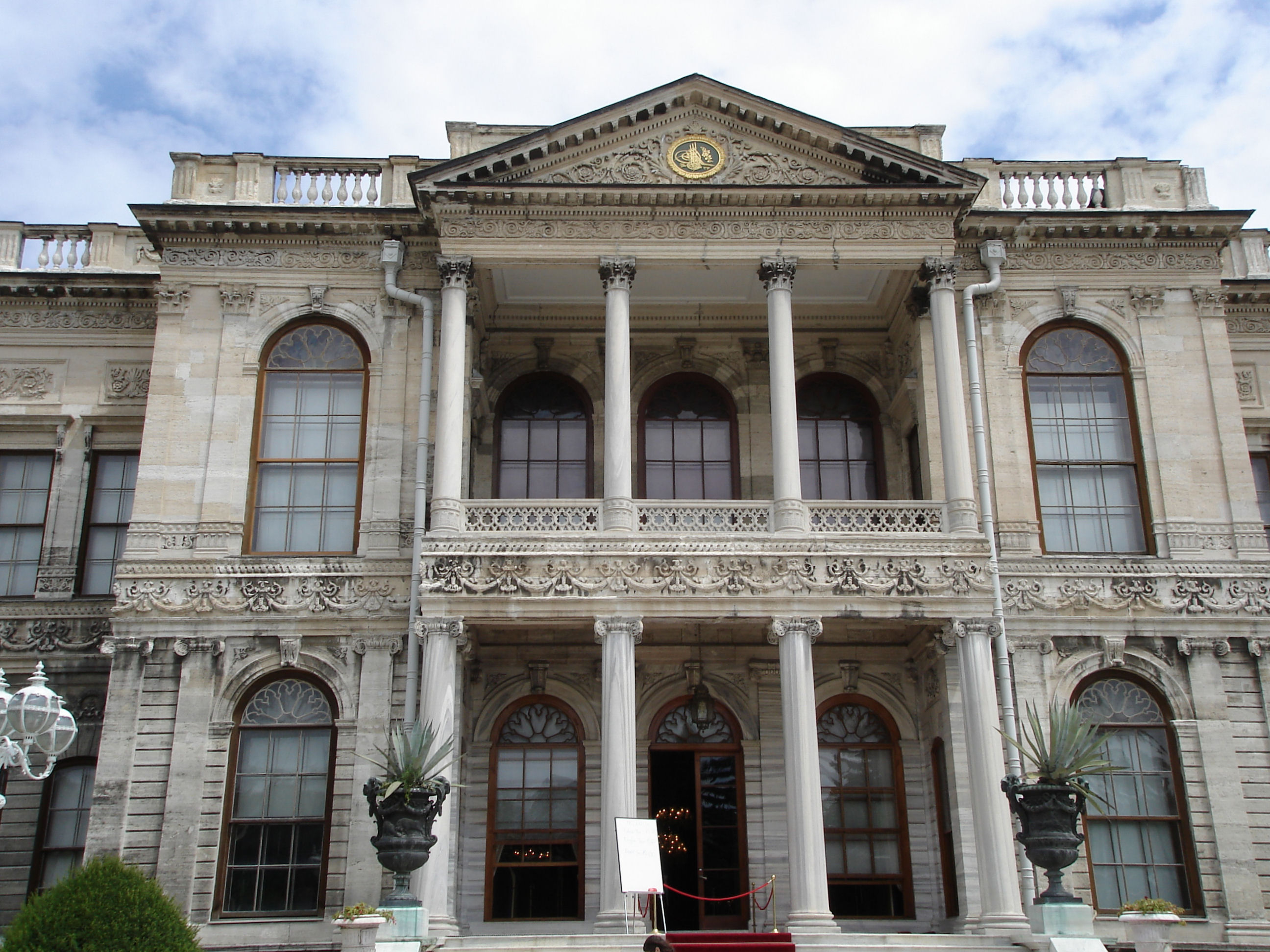 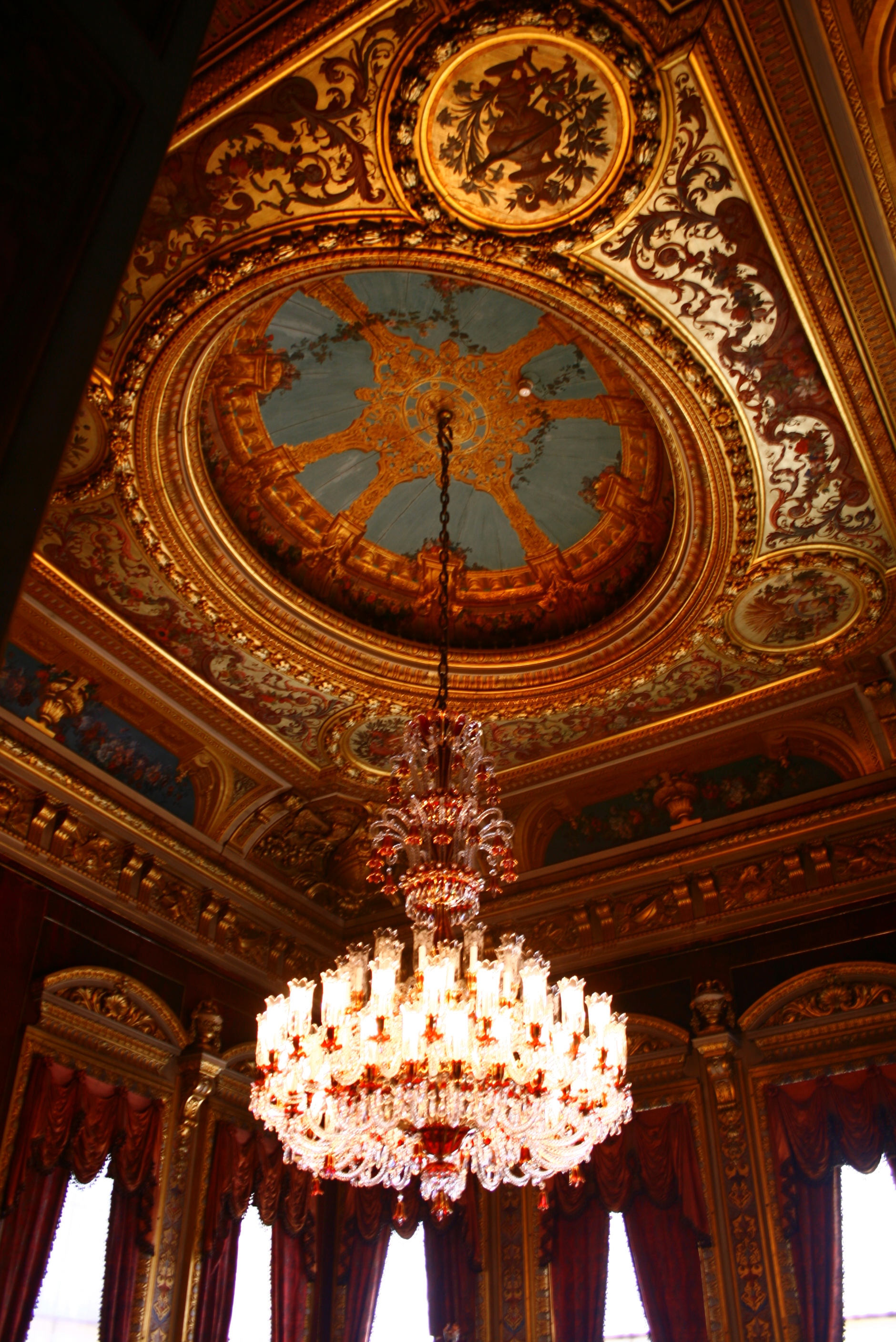 Reception room of the Valide Sultan, the Mother of the Sultan By Nérostrateur (Own work) via Wikimedia Commons 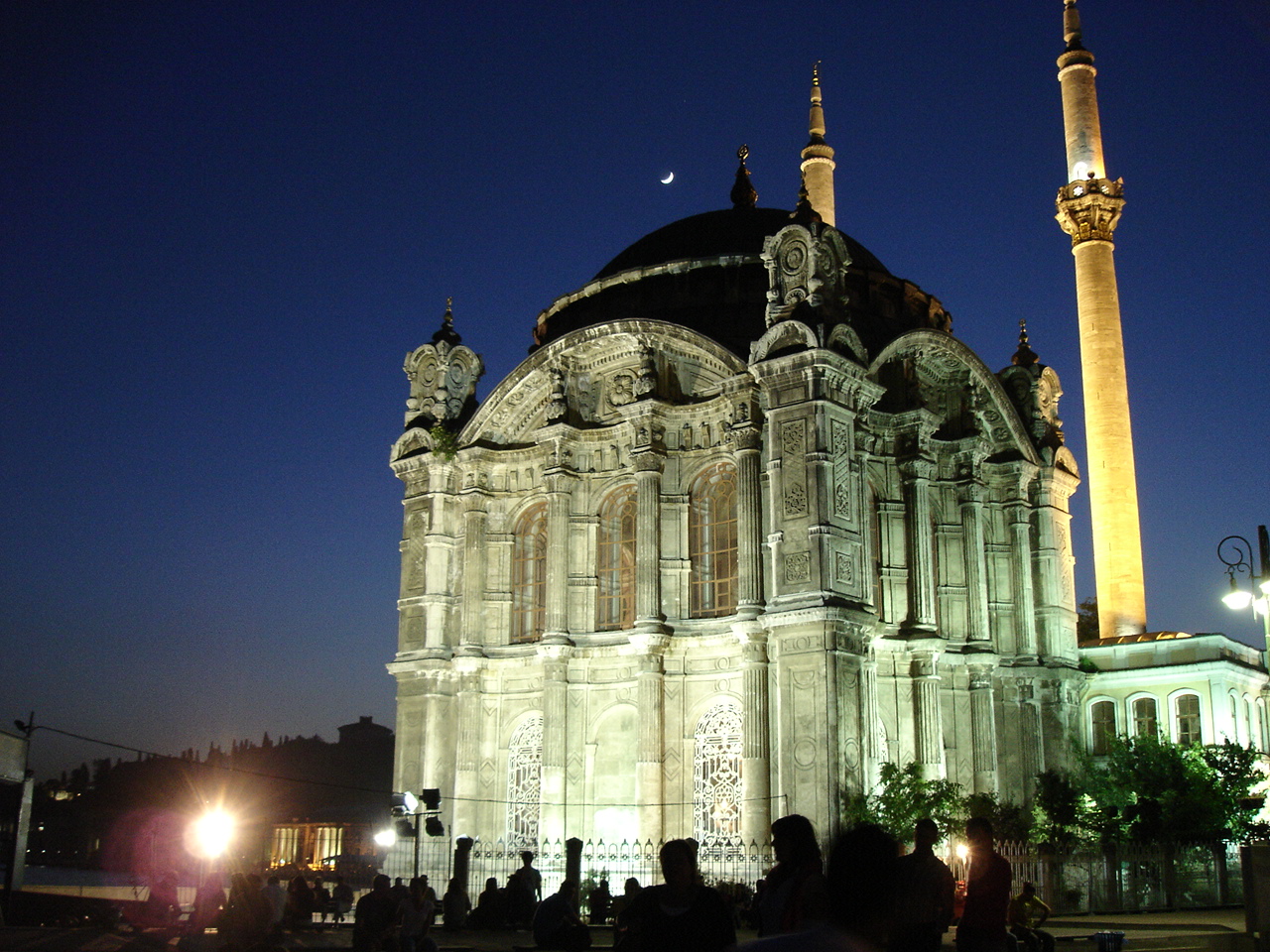 The Ortaköy Mosque, designed by Garabed and Nigoghayos Balyan, 1850s.

By Giovanni Dall’Orto (Own work) [CC BY-SA 2.5 IT], via Wikimedia Commons