MGM was to produce a film version of The Forty Days of Musa Dagh in the 1930s.

Franz Werfel did not lead a quiet, stable life. Then again, the times in which he lived did not lend themselves to such luxuries. Born in 1890 to a German-speaking, Jewish family in Czech-speaking, predominantly Christian Prague, Werfel lived through a Europe that was fundamentally altered in the decades that followed. His adult life was tied to Vienna, although he also lived elsewhere on the Continent, before ending up in the United States.

His literary works had a following among the public and artistic circles, especially in Austria and Germany after World War I. This was the period of the rise of the Nazi Party and growing, institutionalised anti-Semitism. Werfel moved as far away as possible from his heritage – even carrying out an affair and later marrying a socialite known for her disdain for Judaism. Regardless, the written work for which he is most celebrated today bridges the experience of the Armenian and Jewish peoples, and not by coincidence.

The Mount of Moses – or Musa Dagh – is located in the far south-eastern corner of the Mediterranean coast of Turkey today. It used to be populated with a number of Armenian villages, the inhabitants of which got organised in 1915, using their higher ground to resist the approaching Ottoman forces. For 53 days, the 4,000-5,000 villagers of Musa Dagh fought back, until – heeding the SOS sign painted onto a large sheet – French warships passing by evacuated them. (One Musa Dagh village, Vakıf, remains in Turkey, populated with local Armenians, while another set of Armenian villages around the town of Kessab, just across the border in Syria, was attacked by forces entering from Turkey in March, 2014, over the course of the Syrian civil war; these outposts are what remains of the native population of the medieval Armenian Kingdom of Cilicia.)

It was on a honeymoon of sorts in the Middle East around 1930 that Franz Werfel came face-to-face with the survivors of the Armenian Genocide. Their story had already been shunted aside, but a little enquiry and some research inspired Werfel to take up that single episode from 1915 and turn it into one of the most influential novels of its day. The Forty Days of Musa Dagh caused a sensation, given the background of its author and the language and time-period in which it was published – German, 1933, the year Hitler came to power. It did not take long for the circumstances of the Armenians in the Ottoman Empire to be likened to that of the Jews in central and eastern Europe, especially in Germany, where the book was banned, and where copies of it were burned. Another country that unsurprisingly played an active role in suppressing Franz Werfel’s work was Turkey, where, likewise, the book was prohibited and burned – even by the remaining Armenians of Istanbul, who were quick to toe the official line as did the Jewish community in Turkey. However, Franz Werfel’s book was being circulated in both the ghettos of Nazi-occupied Europe, as well as among Jewish fighters in Palestine. New Musa Daghs were being called for in the struggle against oppression and genocide, over two decades after the original Armenian resistance.

Turkish machinations made their way across the Atlantic as well, where Forty Days was causing such a stir that MGM had made up its mind to turn it into an epic movie, starring Clark Gable. Diplomatic wranglings from Ankara and interference by the State Department in DC all the way to Hollywood finally had their effect: the film was put on hold, its rights passing down until a low-budget production was put together in the early ’80s.

Although Franz Werfel died in 1945, his influence lives on, certainly beyond Armenian circles. The likes of Sylvester Stallone and Mel Gibson have expressed interest in recent years of reviving a Forty Days of Musa Dagh movie project, but both have caved under Turkish pressure. 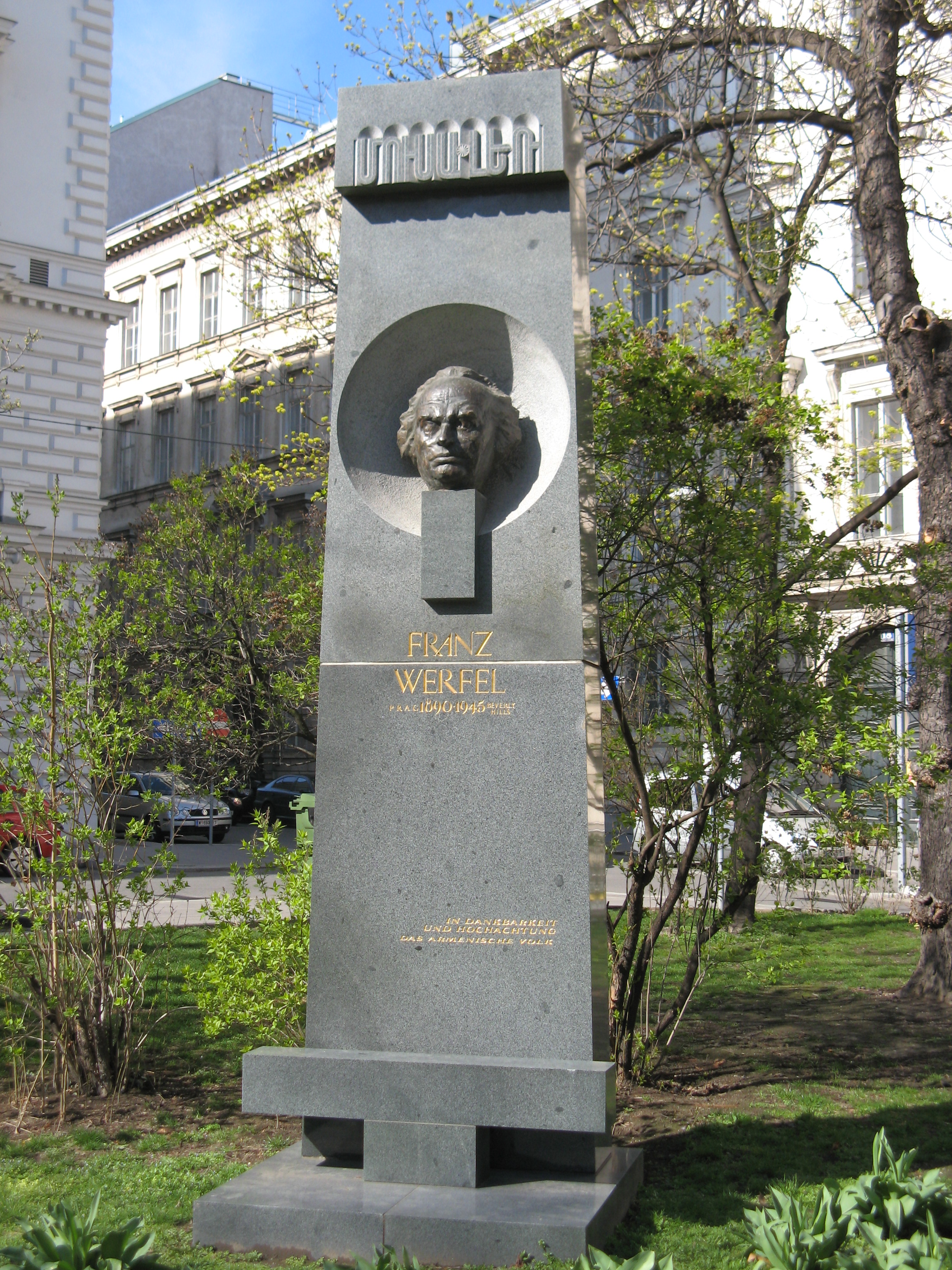 The memorial to Franz Werfel in central Vienna, adorned with the Armenian “Mousa Ler” on top, and the inscription: “In gratitude and great respect – the Armenian people”

By Buchhändler (Own work) [Public domain], via Wikimedia Commons