The Life and Adventures of Joseph Émïn, an Armenian, written in English by himself was first published in London in 1792.

The Enlightenment era of the 17th-18th centuries in Western Europe brought forth the great ideas that were to change the course of the history of the world: freedom, democracy, secularism, equality. The calling cards of the revolutions that raged through the American Colonies and France, resounding through Europe over the next hundred years, also found their way early on to other corners of the world.

One of those corners was India, which was fast being overrun by the British. But the ports and big trading centres were meanwhile home to a far-flung network of Armenian merchants, most of them originally from Persia. Such was the Emin family that fled the political instability that Iran was facing in the early 18th century. Hovsep (or Joseph, to use the translation in English of his name) was born in Hamadan in 1726, but ended up in Calcutta (Kolkata today) around the age of eighteen, from where he made his way to London in 1751 – an act of defiance against his merchant father, as he would have been expected to continue the family business.

Life was hard in England, for Emin knew no one there. After a few years of working menial jobs, he managed to get acquainted with a circle of influential individuals, such as Edmund Burke, a noted politician and philosopher of the time, and the Duke of Northumberland, a patron through whom Emin was trained at the Royal Military Academy in Woolwich, after which he underwent military service on the Continent.

Hovsep Emin carried on the banner hoisted by Israel Ori a generation or two prior: he had plans to liberate Armenia from Persian and Ottoman rule. (Check out our previous entry on Israel Ori.) As with Ori, Emin’s plans included the Georgians, who had managed to restore their independence under King Erekle II. And also as with Ori, Emin sought Russian intervention. The final similarity lies in the fact that neither Israel Ori, nor Hovsep Emin managed to actually pull off their grand schemes. Still, they are remembered today for their far-sightedness and, indeed, the spirit that motivated them.

It was another sort of spirit that dragged Emin down. The Armenian Church was highly reactionary at the time, with the Catholicos at Etchmiadzin even ordering the burning of copies of the Indian-Armenian publication Hordorak (“Exhortations”) that called for re-thinking Armenian politics and society in light of Enlightenment ideals. Besides a conservative clergy, on his series of travels between 1759 and 1770 that included Etchmiadzin, St. Petersburg, and Tiflis (Tbilisi), Emin had to face intrigues at the Georgian court, and dealing with both the Armenian nobles of Karabagh and Zangezour, as well as Armenian merchants back in India, who were reluctant to offer financial assistance.

Hovsep Emin eventually returned to Calcutta, where he spent his remaining days. He wrote an extensive memoir in the third person, entitled The Life and Adventures of Joseph Émïn, an Armenian, written in English by himself, which was published in London in 1792, and then re-published with additional notes by a descendant in Calcutta in 1918 – the year the first modern Republic of Armenia was founded. An Armenian translation did not appear until 1958.

Emin died in Calcutta in 1809. His grave at the church was refurbished in 1975 to mark his adventurous position in Armenian history. 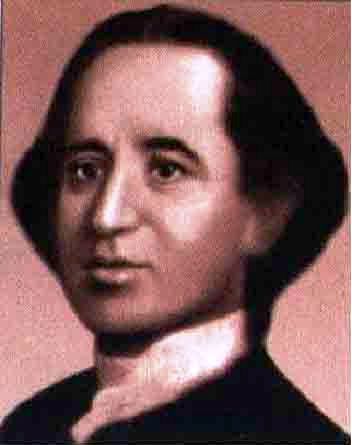