The former national anthem of Ethiopia was composed by an Armenian.

Apart from the Mediterranean coast on the north-eastern end of the continent, the Armenian presence in Africa has been largely one of individuals and adventurers, some with fascinating stories, and some who have perhaps invited more trouble than it might have been worth.

The Armenians of Ethiopia comprise the one organised Diaspora community on the continent with any visibility. Though always small in number, and losing ground over the past few decades, Ethiopian Armenians have made their strong mark in politics and society in that country, as well as in the arts – Armenians in the world of Ethiopian music are particularly famous. Families such as the Terzians found there way south to Addis Ababa (the capital) from the Ottoman Empire in the run-up to the Hamidian Massacres of the 1890s, bringing in more friends and relatives, with other waves following the 1909 Adana Massacre and, finally, the Armenian Genocide itself.

A particularly well-known story is that of the Arba Lijoch, or Forty Orphans. Before Haile Selassie became Emperor of Ethiopia, he visited Jerusalem in 1923, where a band comprised of young genocide survivors caught his attention. He adopted those forty orphans, who came to Addis Ababa led by their bandmaster Kevork Nalbandian. This group formed the nucleus of the country’s first official orchestra. In fact, foreign delegations arriving for Haile Selassie’s coronation in 1931 were greeted by this very band, the national anthem of each country being played in succession – all except the Turkish one. After some back and forth, Haile Selassie and the country’s chiefs gave in to the resistance by the Armenians “to play the music of a country that has killed their fathers”. Kevork Nalbandian ended up composing Ethiopia’s own national anthem, which remained in use until the country underwent a revolution in 1974.

The Armenian-Ethiopian connection goes back much, much farther, in any case, as the two peoples are among the earliest Christians in the world, both forming part of what is called the Oriental Orthodox communion of churches (alongside neighbouring Eritrea, some Syrian churches, the Copts of Egypt, and the Christian churches of southern India). The Armenian alphabet and the alphabet of Amharic, the official language of Ethiopia, are often noted for their similar appearance, although scholarship leans on that being more of a coincidence.

Besides religious association, the very first diplomat sent out from Ethiopia centuries ago was one Mateos Armenawi (“Matthew the Armenian”). His travels to Europe via Goa in India began in 1512 and were meant to seek out Portuguese intervention against the expanding Ottomans. A fellow Armenian, Murad, likewise represented the Ethiopian court in various European capitals in the decades that followed.

Besides Ethiopia, a small Armenian community also exists in Sudan. The capital, Khartoum, features an Armenian church. South Africa, too, has seen an Armenian population growing in number over the past decades, with some community organisations and activities taking place.

Individual Armenians have for their part found their way for this reason or that to all sorts of corners of that giant continent. One off-beat story is that of cargo airline pilots from Armenia who were arrested for unwittingly being involved in a coup attempt in Equatorial Guinea in 2004. They were later released. Another much more to-the-beat story is that of George Avakian, a South African Armenian who made an impression beatboxing on a television talent show. To give another example, Armenians from the United States, Belgium, and Lebanon have established businesses in the mining sector in Ghana in recent years.

And then there is Krikor DerBalian who moved from Egypt in 1964 to Swaziland – a tiny kingdom of about a million people mostly within South Africa. A corner of the land he bought became the site of the Sourp Haroutun Armenian Chapel, which was built by hand between 1985 to 1989 by him and with local help. The furniture, seating up to 24 people, and other religious items, were donated by both Armenian and non-Armenian friends.

A clip from TEZETA [The Ethiopian-Armenians] a documentary film by Aramazt Kalayjian to be released in 2015. 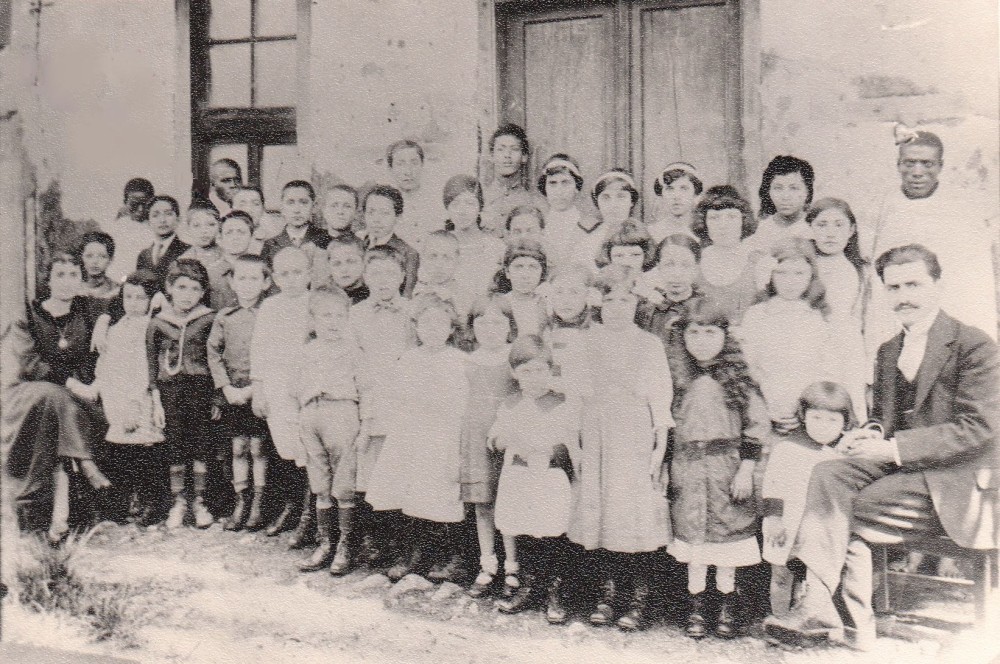