The formal Armenian presence in Russia dates back to the 18th century.

There is evidence of Armenian activity on what is Russian territory today that can date as far back as the fourth century AD, given the presence of an ancient Armenian church in a village in the southern region of Dagestan. Believed to be the site of the martyrdom of St. Grigoris (a grandson of St. Gregory the Illuminator, founder of the Armenian Church), who was spreading Christianity through that region, the church was recently restored thanks to the efforts of the local Armenian community. Another old Armenian connection in Russia is the presence of the “Cherkesogai”, or Circassian-speaking Armenians, who settled in the northern Caucasus around the 15th century.

An identifiable and enduring Armenian Diaspora, however, began to take shape in the 18th century in Russia. This was due to the steady growth of the Romanov Empire, and an accompanying interest in it on the part of Armenian merchants, especially from Persia, as well as a policy of re-settlement of Armenians from communities further west, such as those of Ukraine and the Crimean peninsula. Many Armenian churches still stand across European Russia that date from the 18th and 19th centuries.

A crown jewel of Armenian churches of Russia – of which many new ones have been built after the fall of communism – can be taken to be the church complex in Moscow completed in 2011, which includes a cathedral, a chapel, museum, and other accompanying structures. One can also note that the north-western church in the famous St. Basil’s Cathedral complex in Red Square in Moscow is dedicated to Armenia’s own St. Gregory. Built during the 16th century wars against the Kazan Khanate, a particular victory of that series of battles took place on the feast day of St. Gregory, who is also venerated in the Orthodox Church.

Since the collapse of the USSR, older Armenians of Russia were joined both by Soviet citizens who found themselves in a new country, and many immigrants from Armenia, Georgia, as well as refugees from Azerbaijan. Seasonal guest workers from Armenia today add to a swelling Armenian population, which is concentrated in particular in and around Moscow – official census figures put the number of Armenians there at over 150,000 – and in the southern regions of Krasnodar, Stavropol, and Rostov. By many estimates, the Armenians of Russia form the largest group outside of Armenia. The total numbers go from over a million as official census figures to an estimated over two million.

The Armenians of Russia are spread all over that vast country and although they form a “new” Diaspora as far as organised communities go, it has not taken long to put together schools, newspapers, and cultural bodies, besides churches and related groups. A number of individuals of whole or partial Armenian descent are prominent in Russian public life as political figures, artists and performers, and scholars and athletes, such as chess champion and opposition figure Garry Kasparov, foreign minister Sergey Lavrov, journalist Margarita Simonyan, actor Armen Jigarkhanyan, and football (soccer) star player and coach Nikita Simonyan, among others. The very active ongoing political and cultural ties between Moscow and Yerevan only add to the Armenian presence in Russia. 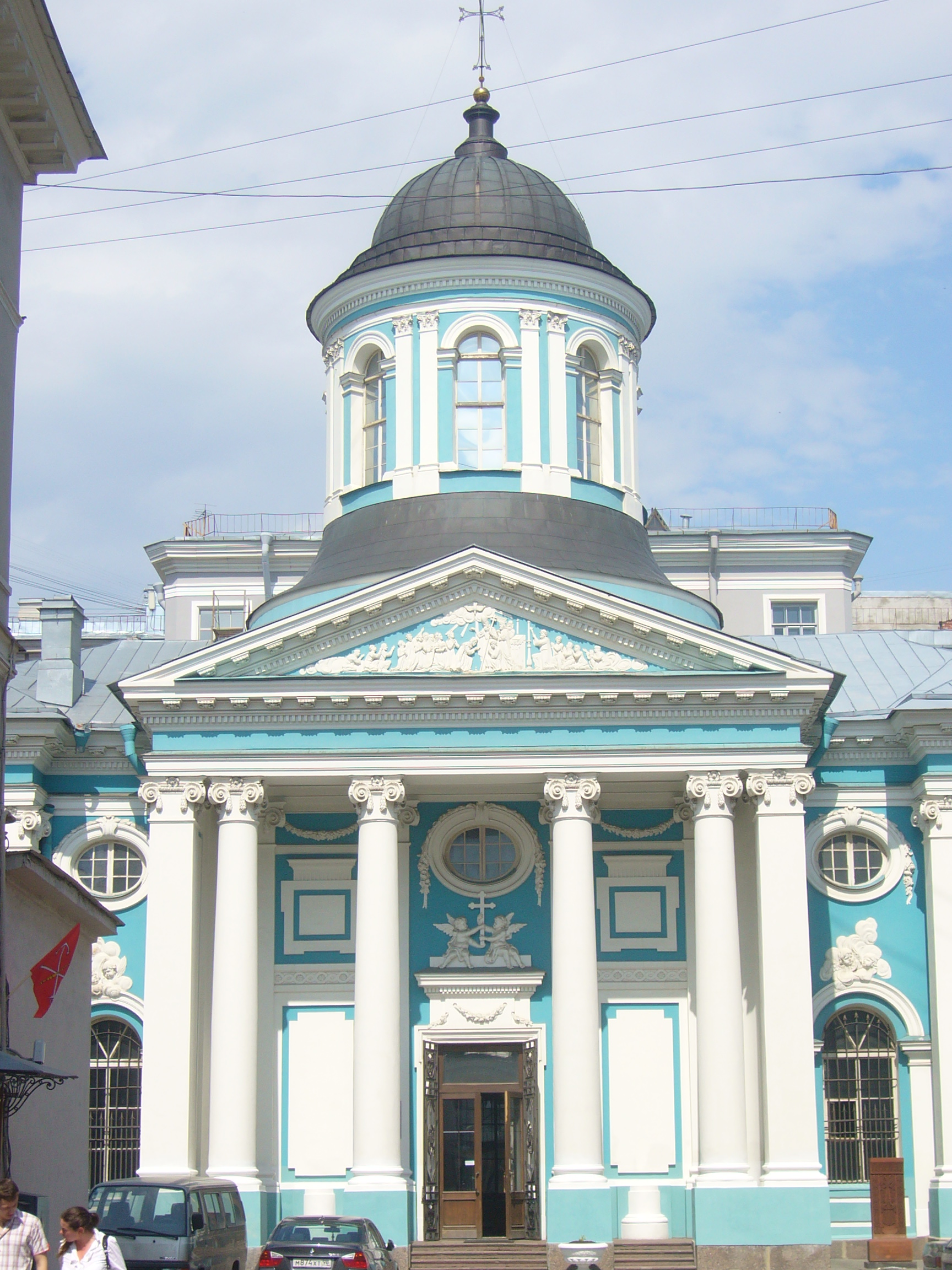 The Armenian church of St. Catherine, in St. Petersburg, completed in 1779 (the name not by coincidence that of a certain empress of the time)

By Elvira Pljusnina (Own work) [CC-BY-SA-2.5], via Wikimedia Commons