Krikor Zohrab was a member of the Ottoman parliament in 1915

Krikor Zohrab is among the best-known individual victims of the Armenian Genocide. Although he was not himself rounded up on that night in April, his time came quite soon afterwards. He was in a position, meanwhile, to petition for his compatriots, as a prominent public figure – as a member of the Ottoman parliament, in fact – besides his reputation as a lawyer and a journalist.

Krikor Zohrab was born in 1861 in Constantinople. One can say with great confidence that he was a son of that city, with all of its cosmopolitan magnificence and turn-of-the-century richness. The Constantinople Armenian (“Bolsahay”) experience of that era is embodied in his writings. He is remembered by Armenians today as the short story writer par excellence of Western Armenian. Zohrab’s works, which were also translated into Turkish, followed the literary movement known as realism – featuring common, everyday people, such as labourers or other representatives of lower classes, even criminals, not to mention female characters. He contributed to the periodicals Lrakir, Masis, and Hayrenik, among other places. Besides short stories, Zohrab’s writings include “Anhedatsadz Serount Me” (“A Vanished Generation”), a novel written early in his career, and also a book of his travels in Europe (“Echer Oughevori Me Orakren” – “Pages from the Diary of a Traveller”)

The travels to Europe were in fact an exile: Zohrab’s civic and political struggles got him into enough trouble that he had to live in Paris for a while. He returned following the constitutional reform of 1908 to find himself in the Ottoman legislature, where he took on many causes of reform that went beyond just the immediate demands of the Armenians of the Ottoman Empire. His own struggles were directed towards a broader, more inclusive, modern Ottoman identity, one in which all inhabitants of that multi-ethnic, multi-religious empire could have an equal voice on an equal footing. Besides Armenian (and French), Zohrab was well-known for his command of the Turkish language. “Dinimiz muhtelif, mezhebimiz birdir. Hepimiz hürriyet mezhepdaşlarıyız,” he once mentioned during a speech – “Our religions are diverse, but our belief is one. We are all co-believers in freedom”.

May followed April, and that’s when Krikor Zohrab was arrested and sent into exile in the east. It is thought that he was killed – his head crushed with stones – in July, 1915, somewhere near Urfa. 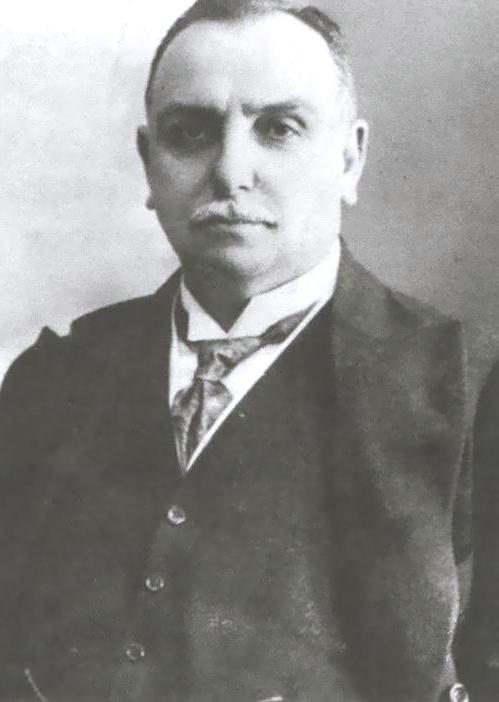 Image scanned from the 2007 special issue on the Armenian Genocide by Horizon Weekly, Montréal, Canada, via Wikimedia Commons