The Armenian-Persian legacy dates back to antiquity.

Whether the name be Media, Persia, or Iran, whether the regime be the Achaemenids of the 6th-4th centuries BC, or later the Parthians or Sassanians, the Safavid dynasty in medieval or early modern times, the Qajars, or the current Islamic Republic, the Armenian and the Persian peoples share an ancient connection that stems in part from their geographic proximity, but also from a shared culture, many elements of which criss-crossed through the Alborz mountains, the Arax river, and Lake Urmia over millennia.

The interaction in the distant past was between kings and emperors, and between priests with probably similar practices of worship. Although the dynamic changed when the Armenians adopted Christianity in the 4th century AD and Islam spread further south a couple of hundred years later, vast areas inhabited by Armenians often continued to be ruled or influenced by the shahs next door.

The actions of one ruler in particular, Shah Abbas I, led to the formation of the distinct modern-day Persian-Armenian or Iranian-Armenian community. A scorched-earth policy on the borderlands during war with the Ottoman Empire in 1604 resulted in the mass deportation of Armenians from around Julfa in Nakhichevan (a region that is part of the Republic of Azerbaijan today, bordering Armenia and north-western Iran). The Armenians were resettled in the then-capital, Isfahan, which retains the heart of the Persian-Armenian heritage in the Armenian Quarter of Nor Jougha – or New Julfa, named for the old city.

It is Tehran, the current capital, that boasts the greatest number of Armenians in Iran today although the Armenian presence in the north-western regions of the country dates back farthest. In fact, the Armenian churches and monasteries of St. Thaddeus, St. Stephen, and the chapel at Dzordzor form part of the UNESCO World Heritage List within Iran. They continue to be visited as sites of pilgrimage.

Through centuries of history, the Armenian contributions to Iran range from trade, to crafts, to culture, education, and even politics. Armenian individuals were involved, for example, in the Iranian Constitutional Revolution of 1905-1911. Although Iran today is often perceived as having a strict regime, the Armenians of that country can be considered a privileged community – a protected Christian minority of the Islamic Republic – with their own representation and an atmosphere to maintain their religion and culture to a substantial degree.

Whether it is the maestro Loris Tjeknavorian and his contributions to the world of classical music or the more faster-paced pop star Andy, Armenians of Iran offer a range of widely-recognised contributions to the Iranian public. Most recently, Andranik Teymourian played for the Iranian national football (soccer) team during the 2014 World Cup held in Brazil. Earlier, having captained the team during a match against Belarus, he became the first Christian to have ever taken on that role.

Even with much emigration since the revolution of 1979, the Persian-Armenian heritage is a rather strong one – not surprising after four hundred years of tradition. It is most marked through a particular accent or dialect of the language. Parskahyes or Persian-Armenians have kept their own distinctiveness, aside from the Ottoman-Armenians and their descendants, and aside from those Armenians who trace their ancestry to the Russian Empire and the Soviet Union. 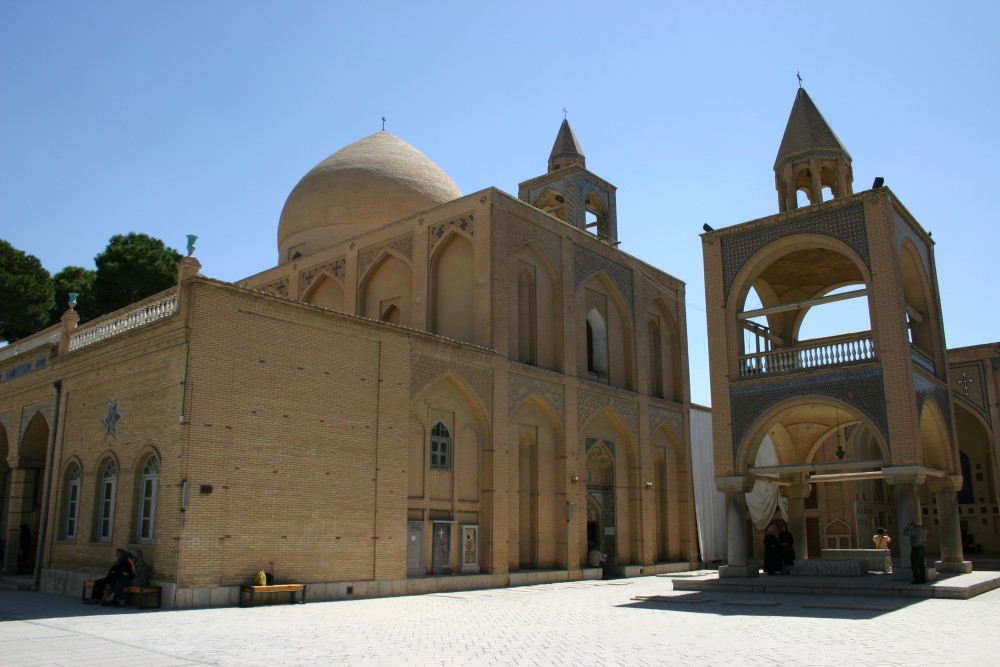 The cathedral of the Armenian Quarter of Isfahan, 17th century