“Zil” is Turkish for “cymbal” and a “-dji”, combined with a “-ian”, make for the perfect surname of an Ottoman-Armenian family of cymbal-makers. It was in the early 17th century that an alchemist named Avedis came up with a special alloy of metals that produced a sound suitable for armies, for religious houses, for celebrations, and for making superb music. The Ottoman sultan bestowed on Avedis the name of “Zildjian”, along with 80 gold pieces. The Zildjian cymbal-manufacturing company thus traces its roots to Constantinople in 1623.

It was another three hundred years or so before the move was made across the Atlantic to Massachusetts, where the Zildjian name has since shot to fame, ruling over 65% of the cymbal market today. The distinct logo of the company is immediately discernible on cymbals and other drumming equipment from local auditoriums to major rock concerts.

Fifteen generations later and the Zildjian family is still involved with the company, with the first female CEO taking the helm in 1999. One of the oldest businesses in the world as such, as well as one of the oldest family businesses in the world, and certainly so in America, the Zildjians still maintain secrecy over the formula for the alloy that first caught the ears of both royalty and the common man almost four centuries ago.

Check out the links below for a factory tour and a list of famous artists who have used Zildjian cymbals. 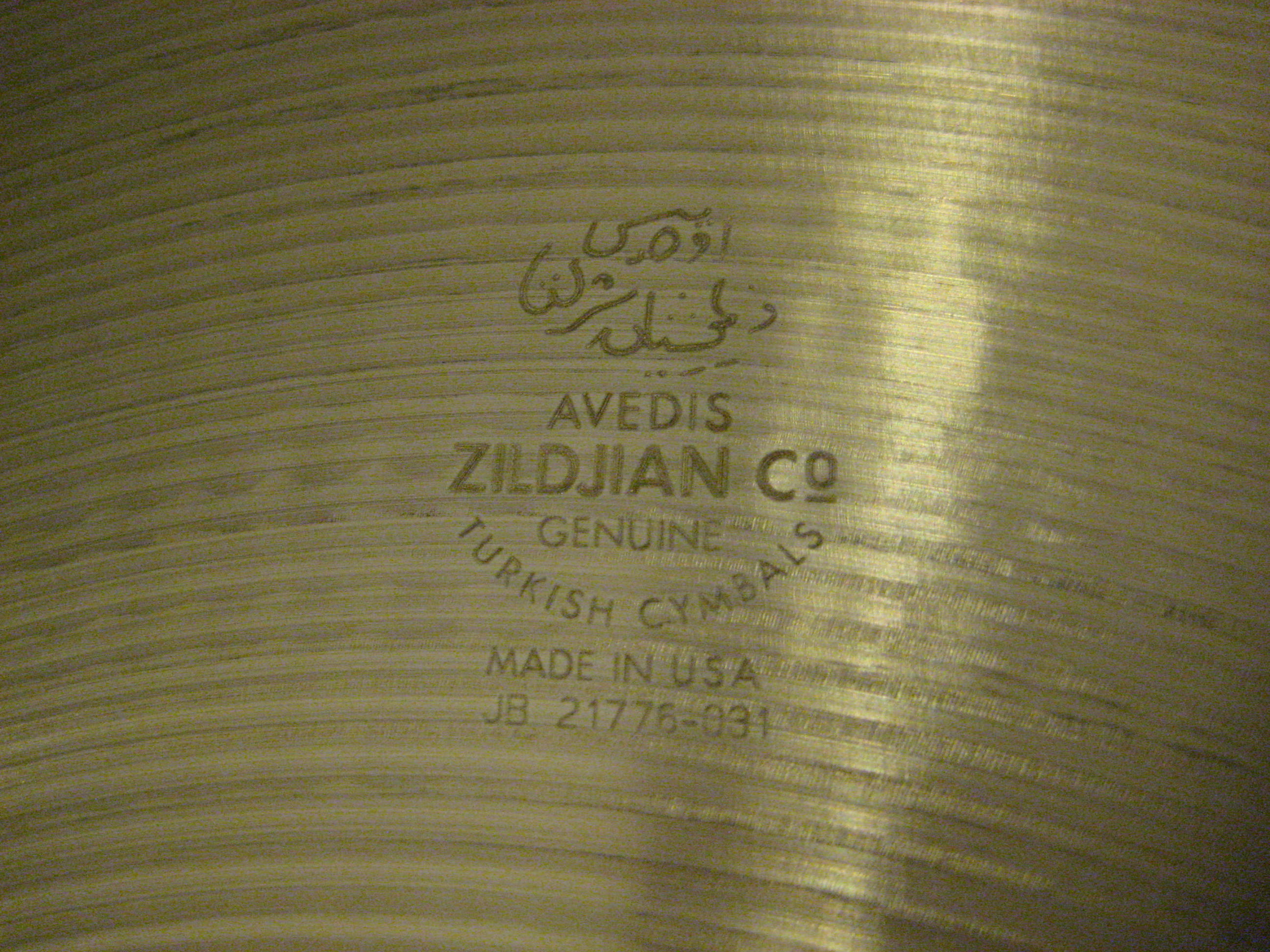 Close-up of a stamp on a Zildjian cymbal, with “Avedis Zildjian” in Ottoman Turkish writing