The Seat of the Catholicos-Patriarch of Catholic Armenians is in Bzommar, Lebanon.

The Armenians take pride in proclaiming that they established the first national church in the world, maintaining with equal pride the autonomy of the Armenian Church. Over the centuries since 301 AD, as the Armenian Catholicos asserted his unique position within Christianity, the Armenians have on various occasions held very close ties with those who shared their faith in the West. The era of the Crusades, for example, was a period of particular connections between Rome and Sis, the capital of the Armenian Kingdom of Cilicia.

There has been immense educational contribution to the Armenian people by the Armenian Catholics. The big name on that front is the Mkhitarian Congregation, which had been organised as early as 1701 in Constantinople, later ending up in Venice and Vienna (The 100 Years, 100 Facts Project will have a separate entry on the Mekhitarists in future). The Armenian Sisters of the Immaculate Conception, established in 1847, have also run schools, and continue to do so, both in Armenia and the Diaspora. That order was established by the then-Catholicos-Patriarch Anthony Peter IX Hassoun, who has been one of two Armenians so far elevated to the rank of Cardinal of the Catholic Church (the other being Cardinal Grigor Petros XV Agagianian, who died in 1971 – have a look at our past entry about him). He is buried in the chapel of the Pontifical Armenian College in Rome, named after Pope Leo XIII who established that seminary for Armenian Catholic clergy in 1883.

The Armenian Catholic Church maintains good relations with the Armenian Apostolic Church, which, indeed, for its own part, continues to enjoy positive ties with the Vatican. All three came together in 2008 as Pope Benedict XVI dedicated the St. Gregory the Illuminator Courtyard at St. Peter’s Basilica, containing a statue of the patron saint of the Armenian people that had been blessed by Pope John Paul II three years earlier. Armenian bishops were also present during the canonisation of Pope John Paul II in April, 2014, while the Catholicos of All Armenians himself attended the inauguration of the current Pope Francis the previous year. 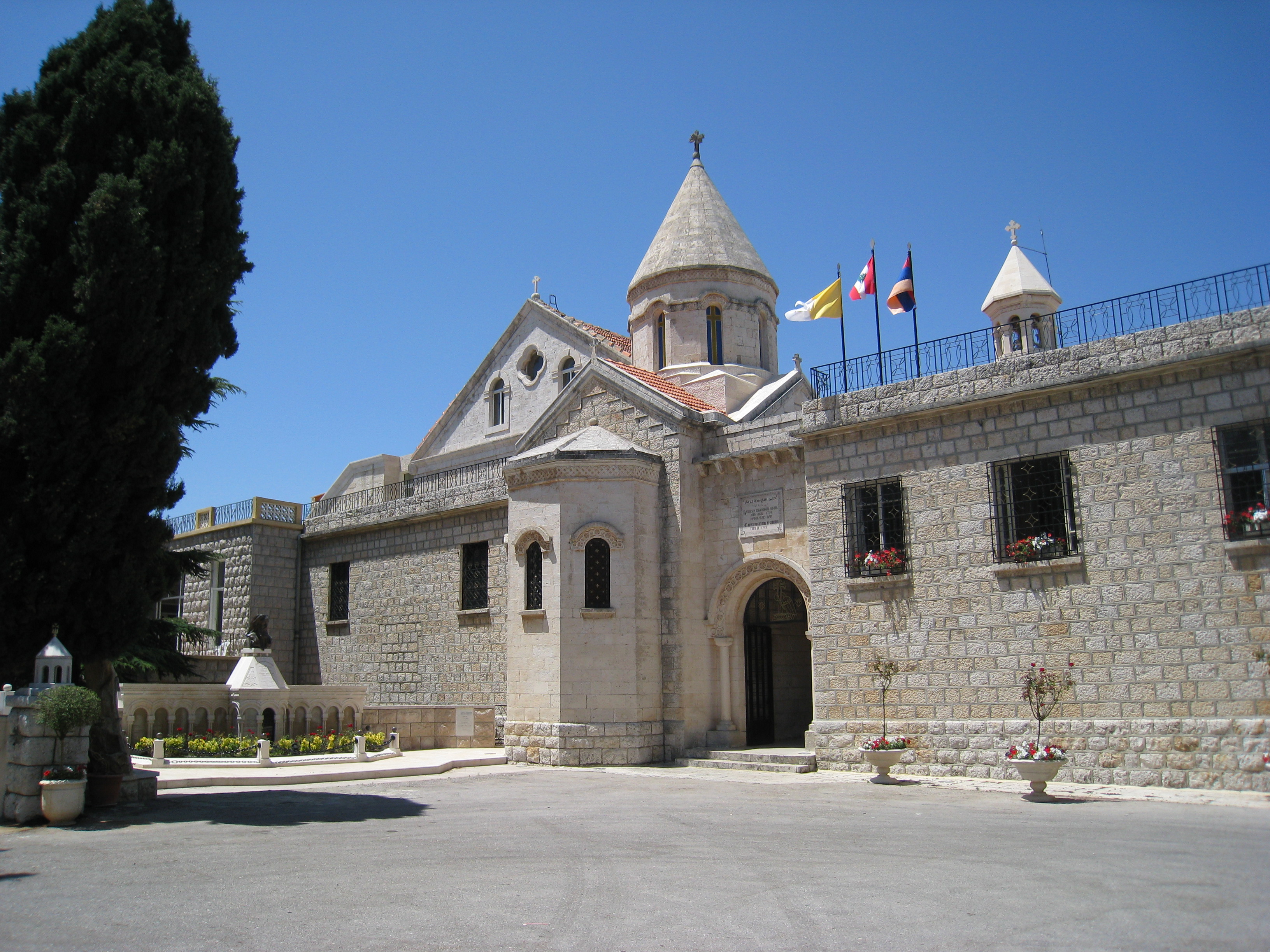 The building of the Armenian Catholic Patriarchate in Bzommar, Lebanon, flying the flags of the Vatican, Lebanon, and Armenia.

By Serouj (courtesy of Rita) (Own work) [CC-BY-SA-3.0 or GFDL], via Wikimedia Commons