The Erzerum Congress of the Turkish National Movement was held at the Sanasarian College in 1919.

By 1915, there were about 700-800 Armenian schools in the Ottoman Empire outside of Constantinople, with approximately 80,000 students in total. About half were on the territory of what is central and eastern Turkey today. In all, including Armenian schools in the imperial capital, as well as Armenian Catholic and Protestant schools, one estimate gives the number as high as nearly 2,000. One of the most well-known Armenian schools at the time was the Sanasarian College, located in the eastern city of Erzerum (Garin or Karin in Armenian). The school building got to be the location of the Erzerum Congrees of July-August, 1919, during which the revolution led by Mustafa Kemal laid its foundations towards establishing a new Turkish Republic – “ironically,” as Richard Hovannisian puts it, “in what had been … the foremost institution of Armenian culture and education in the eastern provinces during the decades preceding World War I”.

Now, being a person of letters is a value in Armenian culture, stemming from the tradition of Mesrop Mashtots, the founder of the Armenian alphabet, who established the first schools in Armenia in the 5th century AD. As was common back in the day, schools were attached to churches, with the emphasis on religious education, and often meant to prepare priests. It was starting in the 1790s that the Armenian Church began to organise formal schools meant for the community in the Ottoman Empire in general. Around fifty or so Armenian schools were established within as many years – including schools for girls, progressive for its time – mostly centred around Constantinople.

As the Ottoman Empire developed in the 19th century, there was an increase in the number of elementary and middle schools, as well as high schools (often referred to as “colleges”). Besides the Armenian Church in the Ottoman Empire, i.e., the Patriarchate of Constantinople, the Armenian Catholic Church also participated in educational activities, most notably through the Mekhitarist Congregation based in Venice and Vienna.

The 1800s also saw a new player emerge on the scene – Protestant Christianity. Led by American missionaries, not only were many Armenians and other Christians brought into the Evangelical confessional fold, but a number of American schools that were established ended up with significant Armenian populations, whether as students or as faculty. Robert College is a famous example, being still a renowned school in Istanbul. Other such institutions were Euphrates College in Kharpert (Harput or Elâzığ today), Anatolia College in Marsovan (Merzifon), and Central Turkey College in Aintab (Gaziantep), to name just a few. It was these schools, in fact, that educated a new generation of intellectuals, many of whom received higher education in the West, who were later at the forefront of efforts for reform in the Ottoman Empire – and, still later, were on the list of those to be arrested, exiled, or killed in 1915.

Armenian schools continue to exist in Turkey today, but in Istanbul alone, where about 15 or 20 of them function. The minority schools of the country tend to be under-funded and over-regulated. The modern Armenian community of Istanbul makes limited use of the Armenian language, in part because the support for the maintenance and development of minority cultures – such as education – remains limited in Turkey.

The 100 Years, 100 Facts Project was happy to hear from Nurhan Becidyan of New Jersey. Mr. Becidyan is the great-grandson of one of the three directors of Sanasarian College, Hovsep Madatian, and the grandson of the only female graduate of that school, Nvart Madatian Inciciyan. Her diploma is reproduced below. 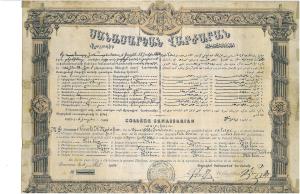 Note the three languages: Armenian, Ottoman Turkish using the Arabic script, and French. The printed words for “Mr.” have been crossed out, with “Miss” being written by hand next to the name filled in. The big, stylised letters on the top for “Sanasarian College” are in Armenian alone, while the column on the right also declares “Sanasarian College” in calligraphy using the Arabic script for Ottoman Turkish, and the “C” and the “S” combine for French in the column on the left. The seal at the bottom likewise is surrounded by Armenian, before French and Ottoman writing in the centre. Miss Madatian received “good” or “very good” marks in all her subjects: religion, church history, Armenian (both modern and classical), history, geography, natural history and physics, chemistry, mathematics, including algebra and geometry, calligraphy, drawing, music, and PE. She did not take German or Turkish, which is called “the Ottoman language” here (“Osmaneren” in Armenian, “Langue ottomane” in French, “Osmaniye” in Turkish). The city referred to in the diploma is “Erzéroum” in French and Turkish, but “Garin” in Armenian.

The 100 Years, 100 Facts Project would like to thank Mr. Becidyan for his contribution. 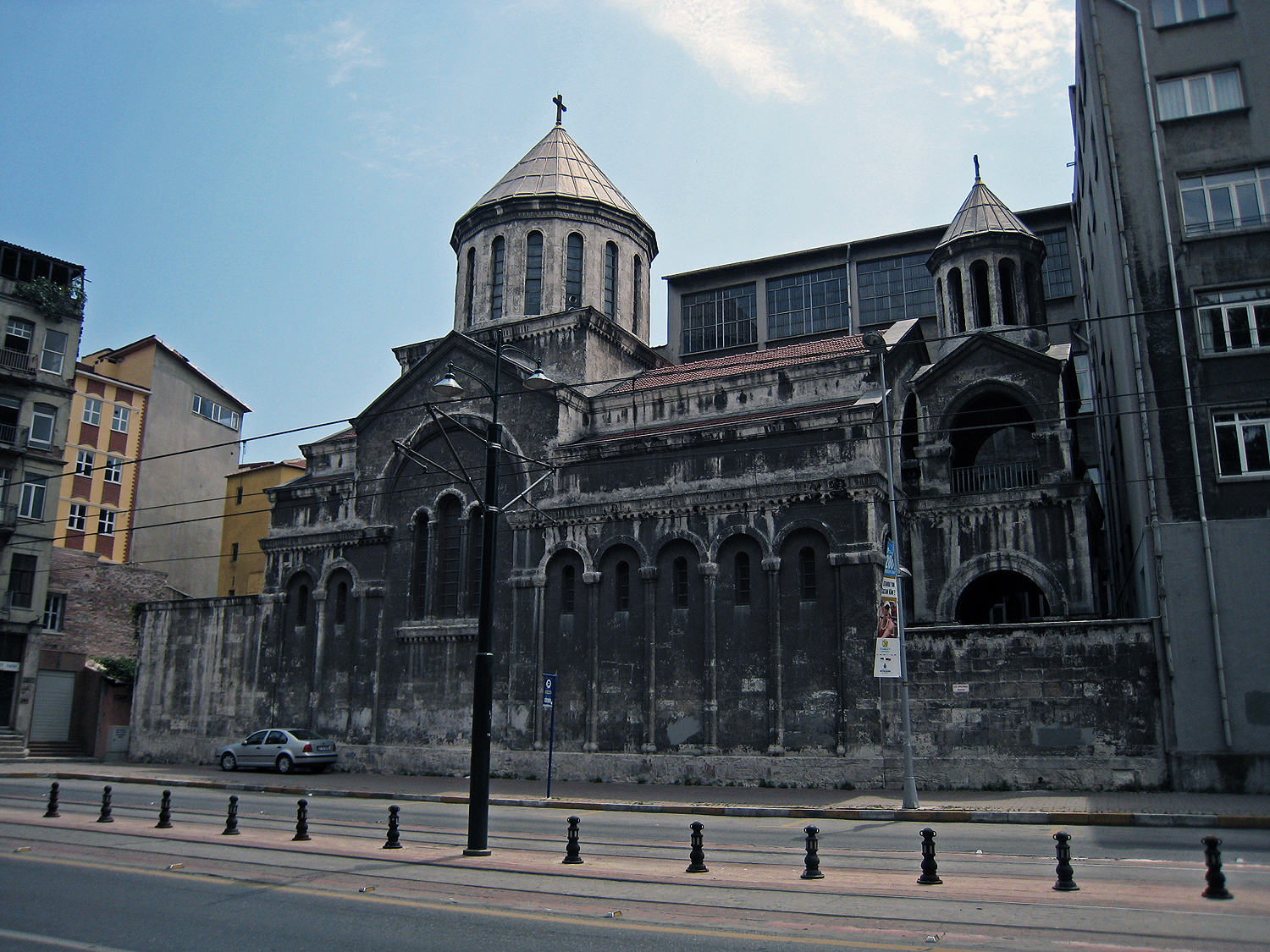 The Getronagan Varjaran, or Central High School, established in 1886, next to the St. Gregory the Illuminator church, on a main thoroughfare in Istanbul; many illustrious names are associated with this school, within the walls of which is a piano once played by none other than Gomidas (Komitas).

By Edal Anton Lefterov (Own work) [CC-BY-SA-3.0 or GFDL], via Wikimedia Commons