Armenians made the first printing press in Iran in the 1630s.

Armenian was one of the first languages to use the technology of printing presses. Surprisingly enough, it took more than 250 years before the first book was published in the Armenian language, in Venice in 1512, and the first book was published in Armenia itself, at Etchmiadzin in 1771. That was the reality of the 16th-18th centuries: the homeland of the Armenian people was overwhelmed with political and economic instability, and limitations set by its rulers, the Ottoman Sultan and the Persian Shah.

That is not to say that either of the above kings prohibited Armenian printing outright. On the contrary, the Turkish and Iranian capitals were big centres of publishing in that language. In fact, the very first printing press in Iran was established in New Julfa (the Armenian district of Nor Jougha, part of Isfahan today) by Armenians in 1636, the first book being published in 1638. Why did it take two years? It was not just a matter of assembling parts and pulling levers for Khachatur Kesaratsi and his team – they had to make the parts, from scratch, with no European consultant or any blueprints to use. They shaped the pieces, engraved the letters, and even made their own paper. It was quite a technological achievement, and a reflection of how the Armenian Diaspora was at the forefront of progress in this era.

The Persian-Armenian merchant community, with its abundant wealth, helped fund books around the world for the next century or two, including the first Armenian Bible, published in Amsterdam in 1666-1668, and printing presses in India in the late 18th-early 19th century.

Constantinople – and later, another important Ottoman port, Smyrna – became for its part a centre of Armenian printing in its own right, rivalling and later surpassing the work carried out in Venice by the Mkhitarist Congregation. Constantinople, today’s Istanbul, can claim to have published at least one Armenian book every year since 1698 (except for on five occasions). But the first time an Armenian printing press ran there was all the way back in 1567. Also in the Ottoman Empire at the time, the very first printing press in Jerusalem was likewise an Armenian one, though established at a rather later date, in 1833.

The 19th century was also when Armenian publishing got going in the United States, started by American missionaries in the 1850s. The earliest Armenian printing press in the country was set up by Haygag Eginian in New York in 1890, although Boston took over in the decades that followed. It is California today, however, that leads in Armenian-language publishing in America.

Have a look at our earlier fact on the first Armenian book –
http://100years100facts.com/facts/first-armenian-book-published-venice-1512/. 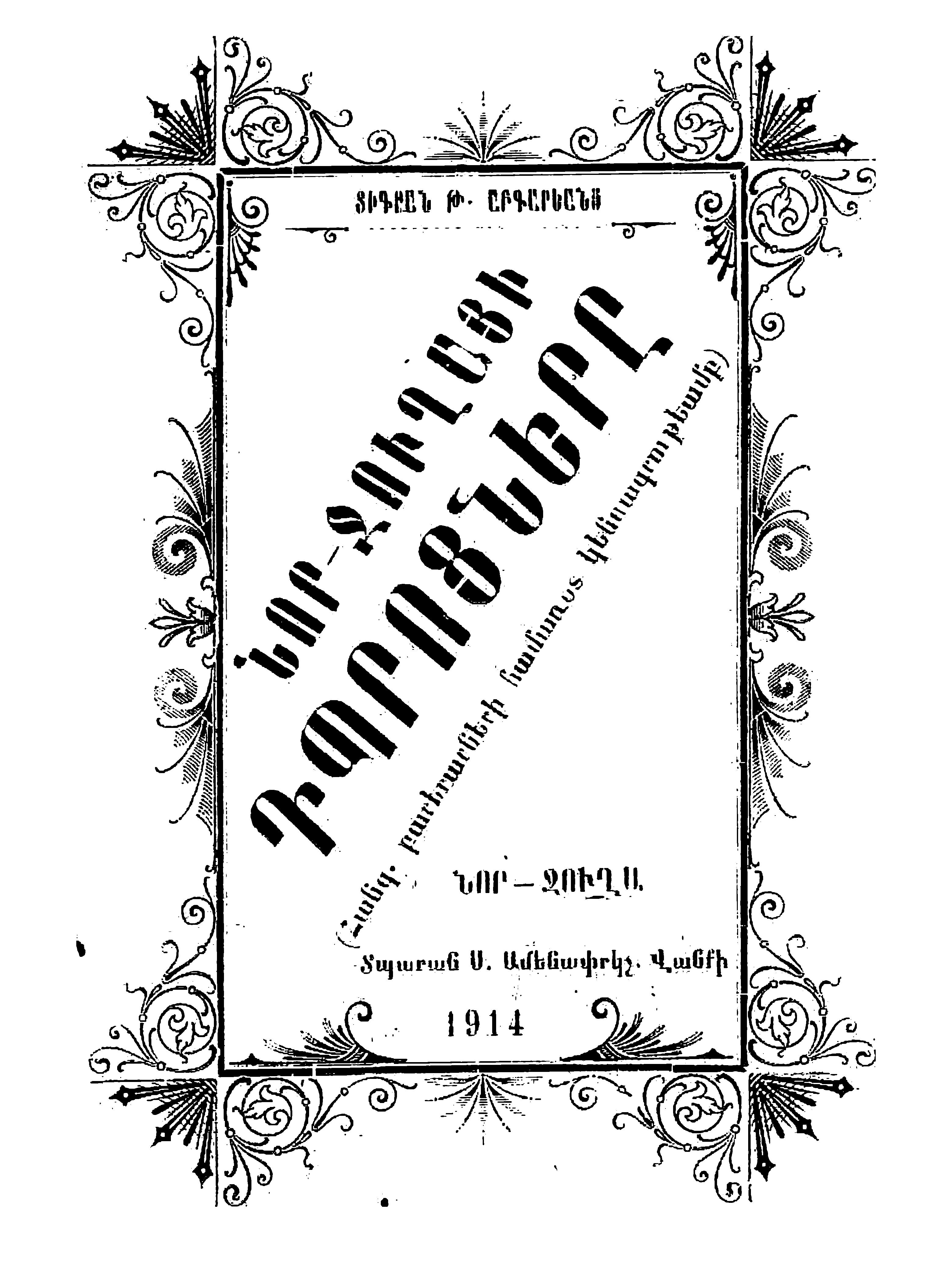 The Schools of New Julfa/Nor Jougha, published there in 1914, carrying on a centuries-old practice