San Lazzaro in Venice was established as the island monastery of the Mekhitarist Congregation in 1717.

It would be hard to exaggerate the profound impact that the Mekhitarist Congregation has had on Armenian society and culture over the past few centuries. The Mkhitarians, as they are called in Armenian, were responsible for an upsurge in national consciousness, particularly in the 19th century. The printing presses they ran and educators they trained revived and spread Armenian and helped turn it into a modern language. Due to their efforts, the usage of Armenian spread to science, and achieved new heights in literature and philosophy, while keeping to the traditions of Mesrop Mashtots that had begun over a thousand years earlier.

The congregation is, perhaps surprisingly, formally a Catholic one, founded by Mkhitar of Sebastia (born in 1676 in Sivas, in central Turkey today), who joined the Armenian Church, but whose monastic and intellectual pursuits did not receive the full support of the hierarchy of the time. Having converted to Catholicism, Mkhitar established a group in Constantinople in 1701, but soon found himself at odds with the local church leadership. Moving first to Greece, the order found its way in 1717 to Venice, where the island of San Lazzaro – which had been used as a leper colony – was granted to the Mkhitarians.

While Mkhitar himself died in 1749, the work of the Congregation continued, despite a rift that established a second branch in Vienna in 1811 (the two reunited in 2000). Both reached out to the Armenians in the traditional homeland and, later, the Diaspora, for religious and educational purposes, and also for what we would call research or field work today. Armenian writings – literature, treatises, manuscripts – were discovered or rediscovered, preserved and published, and disseminated through Venice and Vienna.

In addition, works both ancient and modern in other languages were translated into Armenian, in its classical form as well as the modern literary versions, which the Mkhitarians themselves helped develop and standardise in the 18th-19th centuries. Likewise, Armenian works were translated into European languages, thereby introducing the Continent to this neighbouring people. The publications that had the greatest effects on Armenian life at the time included a definitive dictionary of the Armenian language, a comprehensive history, as well as geographical works, such as the very first world map in Armenian.

The reputation of the Mekhitarists was such a celebrated one even outside Armenian circles that, when Napoleon Bonaparte ordered all monastic institutions in Venice closed in 1810, he gave a special exemption to the Armenians of San Lazzaro.

The Mekhitarist Congregation is considered today to be part of the broader Armenian Catholic tradition, although it keeps its own customs, carrying on the work of Mkhitar Appahayr (Abbot Mekhitar). The order has seen dwindling numbers, however, in the second half of the 20th century and into the 21st. There were once thirty or so schools that were a part of the Mekhitarist network – funded by wealthy Diasporans in many cases, such as the Armenians of India. In more recent times, Mkhitarian schools have been run in Aleppo, Beirut, Istanbul, Paris, Buenos Aires, and Los Angeles. A foothold in religious, educational, and publishing activities has also been gained in Armenia since independence in 1991, where a school has also been established in Yerevan. 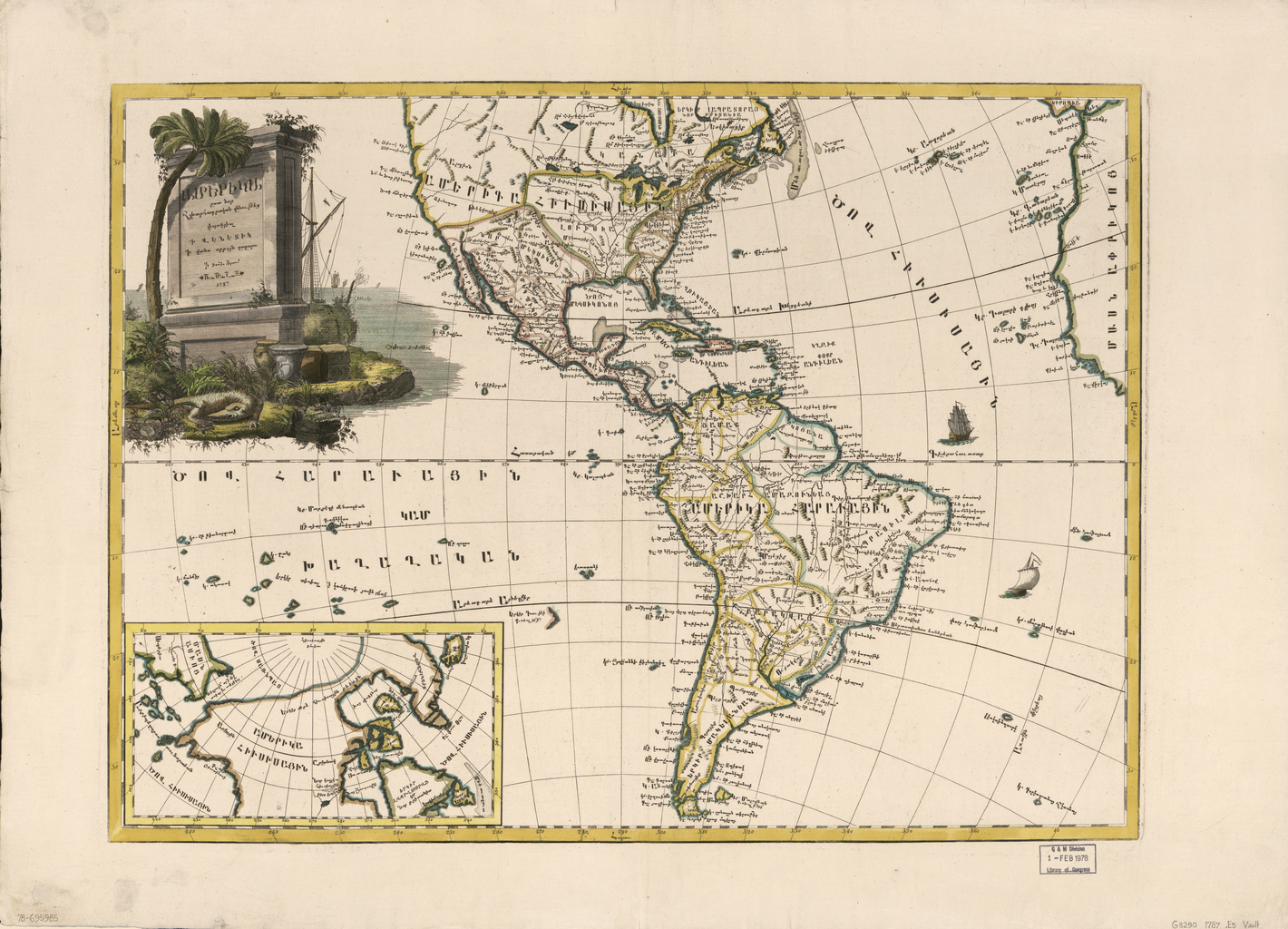 America According to New Geographical Explorations, a map printed by the Mekhitarist Congregation in Venice in 1787 (around twenty years before the Lewis and Clark Expedition)