The Garden of Eden is by some traditions located in Armenia.

Taking the Bible literally has gone out of fashion in strict academic circles for quite a while now, while interpreting brings about problems of its own in scholarship. There are many and varied ways to read any part of scripture, and modern research – indeed, even modern technology – has brought about some answers, while probably raising some questions too. One tradition at least takes the description of the Garden of Eden in the Book of Genesis in the Old Testament and locates it quite squarely in historical Armenia.

Now the Tigris and the Euphrates are not so problematic for us today, as they are still known rivers. There are various propositions on which river corresponds today to the Pishon, including rivers in north-eastern Turkey or western Georgia. As for the Gihon, while it is also not accurately known, it is matched with the river Arax, which flows through Armenia. That claim is made in particular because the words “Gihon” in Hebrew and “Araxes”, the Greek form, mean something similar, roughly “dashing”, “gushing”, or “fast-flowing”. A modern map might thus place the Paradise of Adam and Eve in eastern Turkey, or territories historically inhabited by Armenians.

There are, of course, a number of other ideas on how to take the above verses. When other details are taken into consideration, as well as historical traditions from elsewhere, the location of the Garden of Eden can move around to other parts of the Middle East.

For the Armenians, at least, one expression of Adam and Eve having spent their time in Armenia is given by the only location in the United States with an Armenian name – Yettem, California. The Western Armenian pronunciation for “Eden” is “Yetem”; Armenian settlers petitioned to have the name of that place changed in the early 20th century. St. Mary’s Armenian Church in Yettem, in fact, can claim to be one of the oldest Armenian parishes in the country, having first organised around 1903. 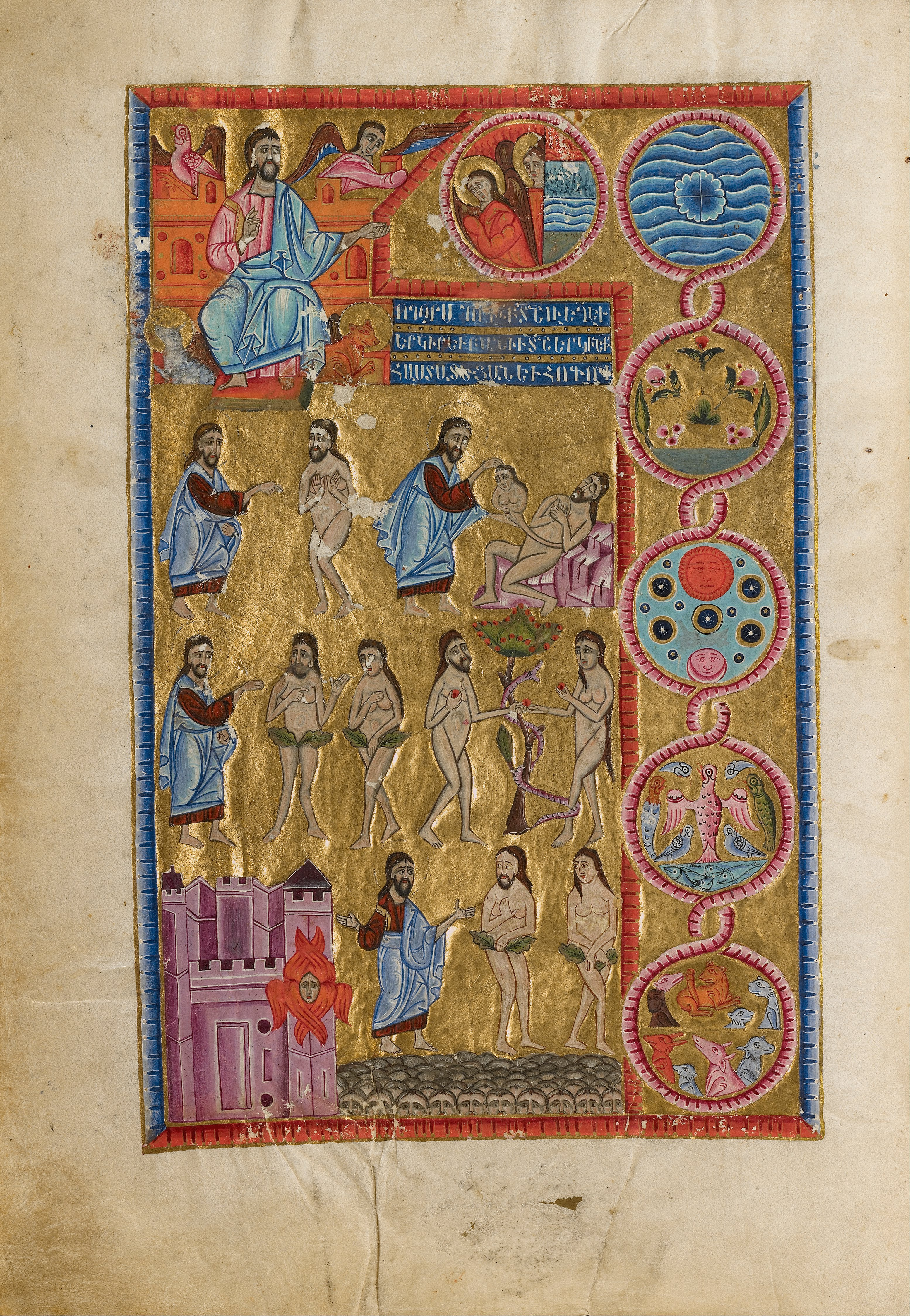 Scenes from the Bible, including the creation of Adam and Eve, and the Garden of Eden, from an Armenian manuscript illuminated by Malnazar and Aghapir, Isfahan, dated to 1637-1638.

By Malnazar (Armenian) (illuminator, Details of artist on Google Art Project) [Public domain], via Wikimedia Commons
The J. Paul Getty Museum. “The Creation of the World”