The Armenians of medieval Poland had their own courts of law.

The Armenian Diaspora existed long before the Armenian Genocide. There were Armenians who made their way to the far-flung corners of the empires to which they were subject in ancient times, serving their Roman or Parthian overlords, or pilgrims and traders later on who settled in Jerusalem, for example. A big wave of Armenian movement away from the homeland took place after the fall of the capital Ani in 1045 AD, when many found themselves in central and eastern Europe in organised, lasting communities, many of which continue today.

All over the region the story is the same: for centuries, the Armenians comprised the major traders and merchants, alongside practicing arts and crafts essential to the economy. They were often the innovators, early to bring in new ideas and technology, while planting the seeds of the bourgeois classes of the cities of what are today Poland, Ukraine, Hungary, Romania, and Bulgaria. They were often recognised for their worth by being allowed large freedoms and special privileges – tax exemptions, for example, or autonomy to organise their communities themselves – such as those granted in the 14th century by King Casimir III of Poland. The Armenians even managed their own legal affairs, with tribunals based on the Armenian Statute approved by King Sigismund I the Old of Poland in 1519, lasting as late as 1780.

There are not only a number of streets and neighbourhoods called “Armenian” in central and eastern Europe, but also a fair few entire cities and towns themselves named for this people, such as the former Armenopolis or Armenierstadt (“Hayakaghak” in Armenian) in Transylvania in Romania, now called Gherla – famous for its “Armenian Baroque” architectural style – or Armyansk in Crimea. In fact, there were so many Armenians on the Crimean peninsula during the 13th-14th centuries that some referred to it as “Armenia Maritima” or “Armenia Magna” at that time.

It may be surprising to hear of the number of Armenian churches in the area that date back so many centuries. The Armenian cathedral in Lviv (Lvov), in northern Ukraine today, to give one example, is a major landmark of that city, originally a wooden edifice that was built in 1183, replaced by the structure today made in the late 14th century, around the same time the Armenian Monastery of the Holy Cross (“Sourp Khach”) was built, near Staryi Krym in Crimea. The Armenian Church ultimately gave way to union with the Vatican for the Armenians of that region, starting with Poland, in the mid-17th century – an event without precedent in the history of the Roman Catholic Church. The town of Botoșani in north-eastern Romania, meanwhile, boasts the oldest standing Armenian church in Europe, built around 1350.

Many prominent individuals who have contributed to these countries are of Armenian origin, including members of the aristocracy. Some medieval rulers of Bulgaria, for example, were of Armenian background. Hungary in particular remembers those who fought and died for the country during the Revolution of 1848 (János Czetz, a survivor among them, went on to be one of the founders of the national military academy of Argentina). Ivan Aivazovsky (Hovhannes Aivazian), the 19th-century artist celebrated for his seascapes, was likewise a native of Feodosia in Crimea. In our own time, Varujan Vosganian continues to be a prominent figure in Romanian politics while also being well-known as an author.

Much, much more can be written about the history and culture of the Armenians of that region, and even beyond just those cities and countries mentioned.

Even though a lot of cultural and certainly religious expression was limited in the above places during communist times in the 20th century, Armenian communities continue to enrich the Diaspora and the places they call home with their presence in central and eastern Europe today. 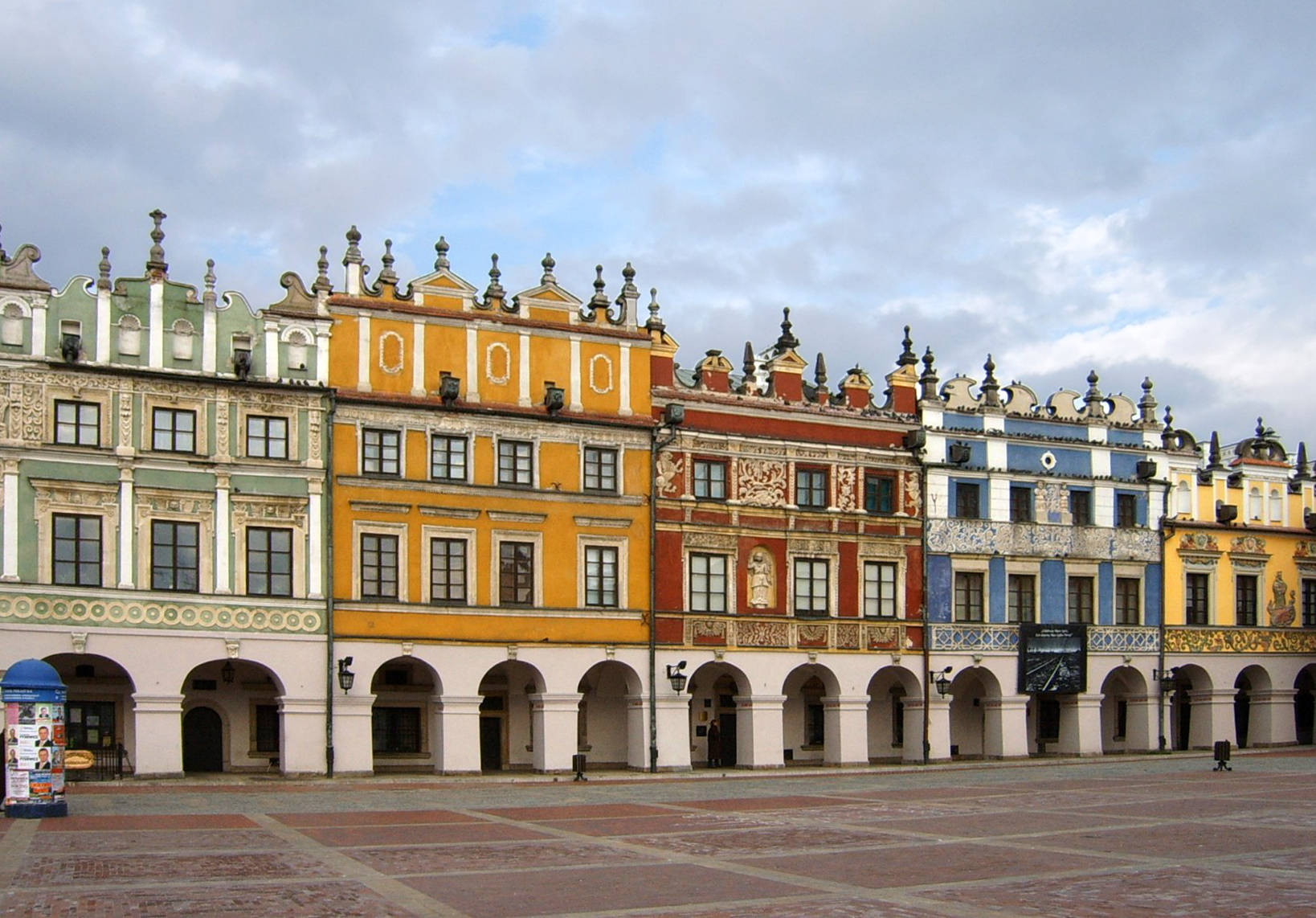 Houses of Armenian merchants dating back to the 17th century, by the market square in Zamość, south-eastern Poland; the Old City of Zamość is on the UNESCO World Heritage List.